Easy win for Laois U-16 footballers 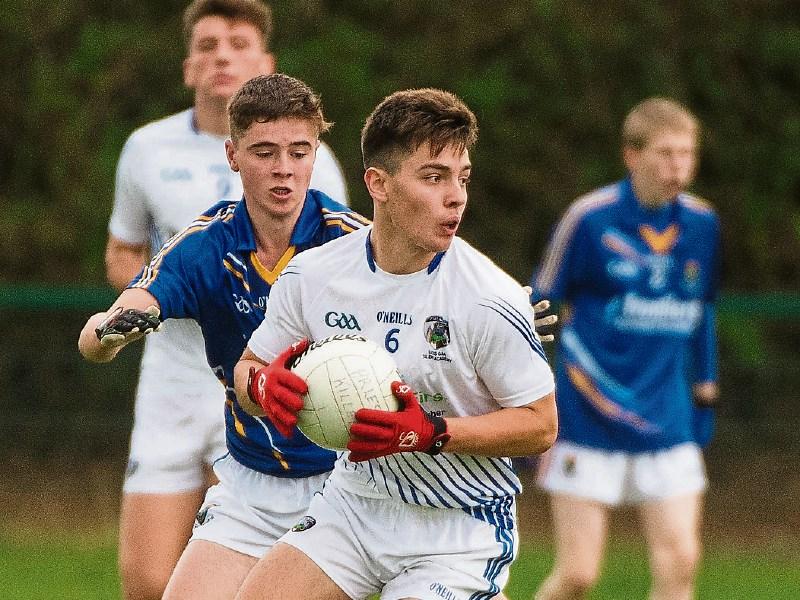 Laois U-16s put on a clinic on Saturday afternoon in Stradbally against a poor Wicklow side, who in truth didn’t give them much of a challenge.

However, you can only beat what’s in front of you, and the Laois lads did exactly that with a comprehensive victory.

Laois were off to a imrpessive start, with two quick points from full forward Jack Owens, one a free and one from play. Colin Slevin had a goal opportunity straight after, but he hit it straight down the middle at the keeper. Niall Dunne opened his account for the day soon after, and followed up his first point with his second soon after.

The first goal of the game came from Mark Barry, after Ronan Coffey hit the post with an attempt for a point, it fell to the centre forward, who made no mistake. Wicklow would get their only point of the half after this, coming at the hands of Conor Odlum. Laois replied with two points of their own, Colin Slevin and Owens the scorers.

Owens could have gotten a goal soon after, but he saw his shot come off the post. However, he did get his goal in the end, when Dean Brophy’s shot hit the post, and he followed up for the rebound. Their second was soon followed up with their third, this time John Rogers the scorer.

And they did the exact same thing with their next goal, Niall Dunne was the goal scorer this time, and Laois were all over Wicklow. Points from Dean Brophy and PJ Daly followed. Gary Saunders completed the goal scoring for the day, after a great run from centre back. Points from Dunne and three from Mark Barry ended the first half for Laois.

Laois had already won the game in the first half, but nonetheless didn’t stop working. Owens started the half for Laois with a point, before Owens got two more and Dunne got one. The substitutes were brought in then for Laois, with the game long over. Colin Slevin grabbed a point for himself, which was followed by one from substitute Cian Doyle.

Wicklow got in on the scoring again with a point from Conor Odlum (free). This was returned with a Matthew Byron point for Laois. Wicklow grabbed a consolation goal through Cormac Doyle. Owens replied with one off his own, before Wicklow got the last two points of the game, coming through Henry Healy and Ethan Cotter.