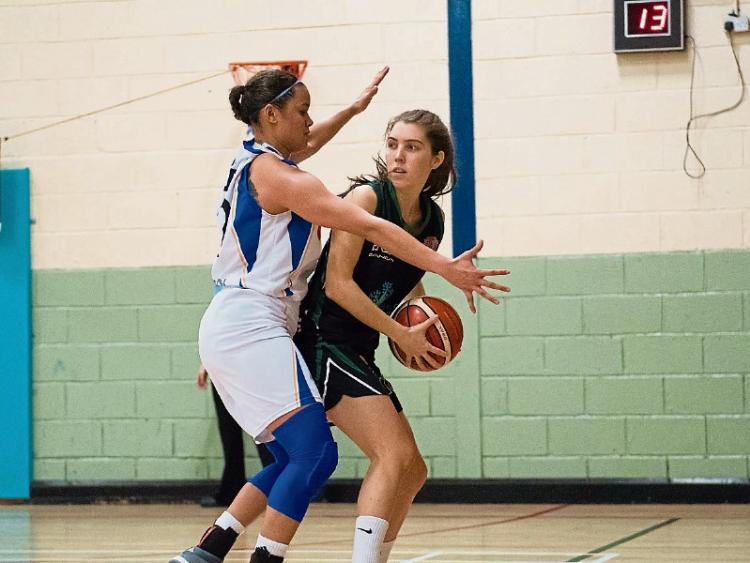 Portlaoise Panthers Men travelled to Newbridge on Sunday night to play their first away game of the season against a young Kildare Gliders side.

Portlaoise didn’t know what to expect as it was this Kildare’s sides first game at senior Midland level but they were coming off the back of a great win against Belfast in the under 20 National Cup. Portlaoise’s experience saw them through as they stepped up through the gears when it was needed most during the game.

Portlaoise got the ball rolling with a basket inside from Jack Scully but Gliders replied with two free throws from Calum Sourke. Both teams moved the ball well in offence and traded scores with Jack Dooley and Shane San Agustin combining for the next ten points for the visitors.

Gliders were playing with great confidence and stayed playing some good team offence and added scores through Stephen Crawley and Callum Sourke. A three pointer from Peter O’Sullivan and five points on the trot by Craig Scully gave Portlaoise a three point lead at the end of the quarter, 20-17.

The second quarter saw Portlaoise up the tempo as they came to terms with the Gliders threat. Gliders found it hard to break down the Portlaoise defence and could only manage four points in the quarter with both scores coming from mid range attempts from Eoin O’Donnell.

Two three pointers from O’Sullivan gave Portlaoise a good platform to kick on and with space opening up inside the key Craig Scully, Jack Scully and Peter Duignan all used their strength to add scores to the Portlaoise tally.

Liam Kinsella forced Gliders into turning over the ball and eventually got what his efforts deserved with his first basket of the game. A great quarter from the Panther men gave them a deserved 35-24 lead at the break.

Portlaoise remained patient at the start of the third quarter and got their just rewards as captain Peter Duignan went to work inside. He notched up eight points in the quarter hitting two free throws, an elbow shot and two post moves to stretch the lead out further.

The Portlaoise bigs were dominating and Craig Scully added another four points to his game high tally.

Calum Sourke continued to create chances for Gliders while showing his class with a long range three pointer. While Portlaoise seemed in control they were still unable to push out the lead beyond Gliders reach but led 48-32 heading into the last quarter.

The final quarter saw Portlaoise play to their strengths as they continued to bombard Gliders inside the key. Great link up play between the post players was a pleasure to watch as they scored the first fourteen points of the quarter for the visitors.

But Sourke was draining threes from deep again to keep the lead down to thirteen for the first half of the quarter. But Portlaoise finished the stronger and continued their patient build up play.

An excellent shot from the corner from Jack Scully was quickly followed up by the final five points of the game from Benny Carroll to give Portlaoise their third win in as many weeks to leave them unbeaten.