Kestrels men too strong for Kilkenny in National League encounter 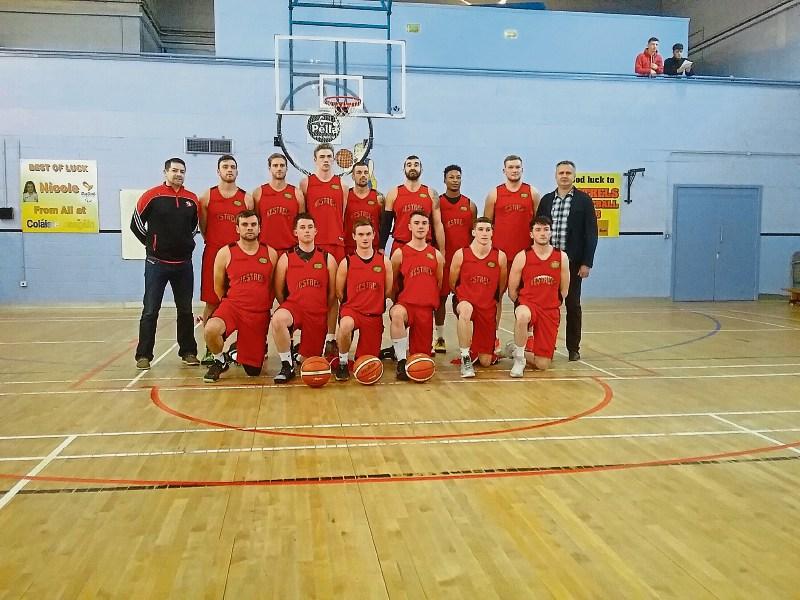 Kilkenny won the very first possession of the game, giving them the first two points on the board, however Kestrels responded rapidly with Christopher Teasley giving off a long pass into Mantas Vilimas, who quickly gave Kestrels their first basket.

Kestrels Karolis Timofejevas caught fire early on with back-to-back three pointers for his team, giving Kestrels some early momentum. Aaron Whelan gained a crucial rebound going on a fast break and with Whelan's speed the outcome was inevitable. At the end of the first quarter Kestrels lead 28-24.

The second quarter was also a high-scoring quarter for both teams with Kestrels Liam Guinan and Conor Foster entering the game. Both teams continued to trade baskets with James Butler and Kevin Donohoe scoring for Killkenny, while Liam Guinan replied with back-to-back baskets of his own for Kestrels.

Dan Debosz made his presence known, putting himself on the scoresheet more than once with dominant post moves. Killkenny continued to reply, but it was Kestrels Conor Foster who broke through the Killkenny defence and drove straight to the board, dropping off a last minute pass under the basket to Mantas Vilimas who wasted no time in putting the ball through the hoop.

Speedy Aaron Whelan continued to make trouble for Killkenny as he went on yet another fast break to the basket while also drawing a foul, gaining that extra point which brought the second quarter to a close in Kestrels favour at 45-33.

The third quarter was Kilkenny's quarter, as they held Kestrels scoreless for the opening six minutes but it was Kestrels American Christopher Teasley who put a stop to Kilkenny's momentum with a crucial basket. Point guard Conor Foster put two more scores on the board for Kestrels sending them to the huddle in the lead with a scoreline of 52-46 in their favour.

The last quarter saw it all to play for as both teams had to fight for every ball. It was an all defensive quarter as both teams were not letting up. Kilkenny's scored through Lucasz Sculz and Matt Van Pelt, while Kestrels replied through Karolis Timofejevas, Chris Teasley and Mantas Vilimas.

Kestrels however gained the upper hand and went away with a 79-68 victory over the opposing Kilkenny team.