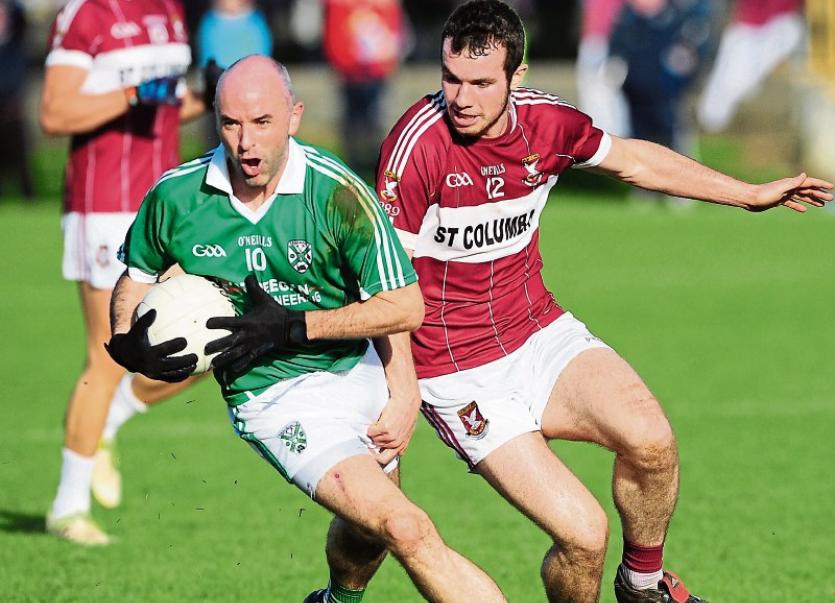 Stradbally's bid for Leinster Club SFC glory ended at the first hurdle on Sunday, as they lost out to Longford champions Mullinalaghta in Pearse Park.

The sending off of midfielder Darren Maher early in the second half was the pivotal moment of the game. Mullinalaghta were a point down at that stage and they turned that deficit into a five point lead by the final whistle.

It was a disappointing day at the office for the Laois champions, but with a coveted SFC title secured for 2016, they won't be too upset when they reflect on this year. They only really played to their potential for 20 minutes or so in the first half, and once they went down to 14 men it was always going to be a tall order.

In truth, Stradbally started the game like a side that were only just waking up from the celebrations of winning that Laois SFC final, as St Columba's had the better of the opening exchanges. Corner forward Rian Brady got the first score of the game with a point in the fourth minute, and Jayson Matthews added another soon after.

The hosts were getting joy off the Stradbally full-back line, and Aidan McElligott got his fist to a long ball from Matthews to direct it over the bar for another score. The impressive Brady then made it four without reply, his shot hitting the post and dropping over, as Stradbally looked all at sea.

They needed a score to settle them down, and Padraig Fitzpatrick provided it when he took a pass from Conor Delaney and tapped over. That score settled any nerves they might have had, and John Donohue quickly added another. Jody Dillon then made it three in a row with a brilliant point from the right wing, and Stradbally were now within one.

That sparked Mullinalaghta back to life, and Rian Brady made it a hat-trick of points, with the Stradbally defence struggling to get to grips with him. Jayson Matthews then added a free to make it 0-6 to 0-3, but Stradbally came back once again. Fitzpatrick pointed from a tight angle and Dillon hit another peach, but Mullinalaghta got the opening goal moments later.

Stradbally felt Damien Murphy was fouled in the build up to the score, but play was waved on and Aidan McElligott won a long ball into the square and found the bottom corner.

The Stradbally response was very impressive, with Jody Dillon floating over a 45 before they got their first goal. Gary Comerford won possession on the right wing and picked out Conor Delaney in front of goal, and he slipped the ball into the bottom corner.

Three minutes later they were raising a green flag once more, and it was Delaney and Comerford at the heart of the move once more. Delaney was fouled in the penalty area and Comerford held his nerve to find the bottom corner, as Stradbally lead for the first time.

Gary Rogers hit back for Mullinalaghta in injury time, but Stradbally still lead 2-6 to 1-7 at the interval.

Mullinalaghta started the second half with a bit of purpose about them, David McGivney pointing a free within a minute of the restart. Then came the game's major turning point, as referee John Hickey showed Darren Maher a red card for a tackle on James McGivney. David McGivney tapped over the free, and the sides were now level.

Greg Ramsbottom edged Stradbally back in front, as they introduced Darragh Mulhall to midfield in a bid to replace Maher's physicality. Michael Cunningham levelled the scores before John Donohue blocked down a Mullinlaghta clearance, winning possession in the process and tapping over the bar.

That would be the last time Stradbally lead in the game, as Mullinalaghta dominated from there to the end. They got the upper hand at midfield and Stradbally found it difficult to create scoring opportunities.

Gary Rogers levelled the scores at 1-11 to 2-8, but then the Longford champions rattled off five unanswered points in six minutes to leave Stradbally with a mountain to climb. They did manage to launch one late free into the penalty area, but they couldn't fashion a good goal-scoring chance, and Mullinalaghta held on for the victory.