Rosenallis still on for double 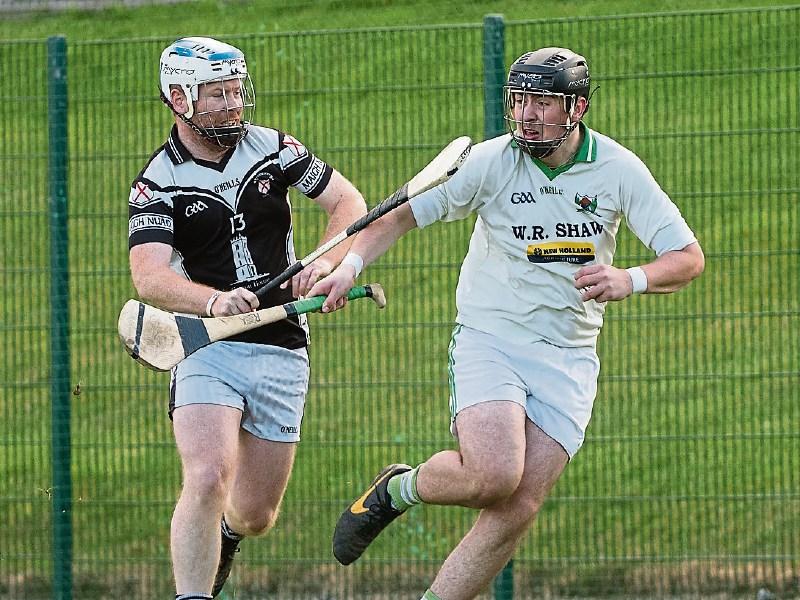 Rosenallis made it two wins in a week in Leinster competition on Saturday last, as they had far too much for Maynooth in this junior hurling clash.

With their footballers having edged out Bective from Meath in the Leinster JFC seven days earlier, they showed no signs of fatigue against a gutsy but limited Maynooth side.

By the time referee Barry Redmond had blown the half time whistle, they had all but wrapped up the victory, and they can now look forward to a tricky clash with Clontarf from Dublin in the next round.

Rosenallis enjoyed wind advantage in the first half, and a Patrick Keating free got them up and running. Walter Murphy then struck for the opening goal of the game soon after, as Rosenallis put the elements to good use.

Maynooth were left to rely on the freetaking of Cian Forde in a bid to get scores, but they couldn't manufacture them in enough quantity to keep in touch with the hosts.

Simon Smith and Ronan Murray both found the target after Murphy's goal, and a confident Rosenallis side wasted no time in extending their lead. Patrick Keating followed up his early free with a goal in the 18th minute, and already Rosenallis were putting the game beyond the Kildare side.

Ronan Murray's line ball then dound Fiachra Fennell, who fired over a lovely point, and Simon Smith then hit his second of the game. With Keating adding four more points from frees, it left Rosenallis in a commanding 2-11 to 0-5 lead as the teams headed for the dressing rooms.

Maynooth manager Mark Carroll tried to drive his side on for the second half, but they weren't helped when Rosenallis got the first score of the half, another free from the reliable Keating.

Cian Forde again provided the response from the visitors, but the game was well and truly put to bed after that. Rosenallis goalkeeper Stephen Kelly was central to that, first as he split the posts with a long range free.

Moments later, he launched another free in the direction of the square, and as it dropped amongst a large group of players, Rosenallis full-forward Ronan Murray got the vital touch to flick the ball to the net.

Rosenallis now lead by seventeen points, and with twenty minutes remaining it was a case of mission impossible for the Maynooth men.

That's not to say they didn't keep fighting to get back into the game, and Forde rattled off three points in a row before Chris Hobbs added another from play. Rosenallis hit back though Patrick Keating and Ronan Murray, while both teams opted to empty their benches.

There is no rest of Rosenallis as they chase provincial glory in both codes. The hurlers are back in action in two weeks time against Clontarf, while the footballers play this coming weekend away to Castletown-Finea-Coole-Whitehall from Westmeath.