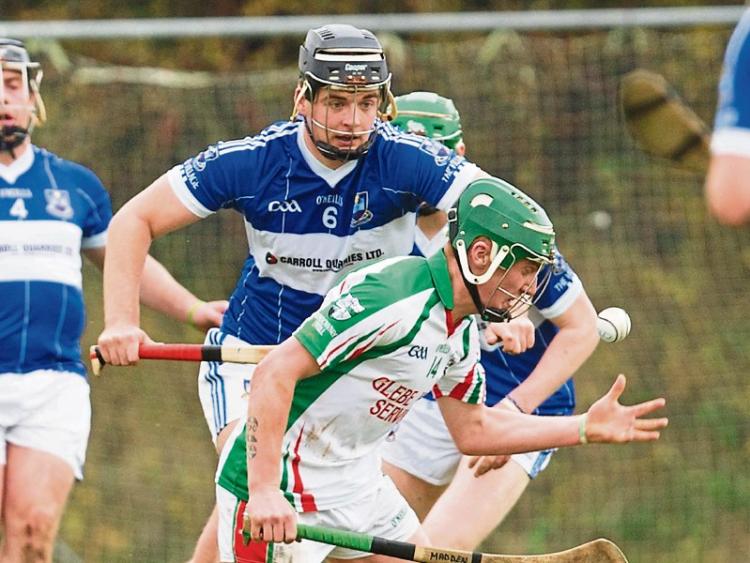 Castletown-Slieve Bloom got the better of Rathdowney-Errill in a thrilling game, as five unanswered points in the closing stages saw them progress to the next round of the championship with three points to spare.

David Poynton opened the scoring for the day when the Rathdowney-Errill man split the posts to set the game in motion with just three minutes played. Rathdowney continued to break forward resulting in a further two points from corner-forward Paddy McCane as they took an early lead.

Castetown-Slieve Bloom eased themselves into the game with a long range free from Ryan Mullaney, before points followed from Martin Phelan and Dylan Conroy.

The sides went on to exchange points with Conroy landing a further five points before the break, as well as points from Conor Phelan and Shane Farrell as Castletown-Slieve Bloom looked to re-take the lead.

Rathdowney-Errill turned to Shane Bowe for a brace of goals ten minutes apart, and a point apiece from Darragh Carroll and McCane to see them hold a narrow one point lead at the interval on a scoreline of 2-5 to 0-10 in favour of Rathdowney-Errill.

A brace upon the restart from Martin Phelan put Castetown-Slieve Bloom in a commanding position, but a brace from Paddy McCane kept Rathdowney-Errill well within striking distance.

With little separating the sides with ten minutes to go, Castetown-Slieve Bloom took the game to Rathdowney-Errill as they rattled off five unanswered points to storm into the lead. A brace of frees from Dylan Conroy followed by a James Tobin point set the scene for a nervous final few minutes. Two late points from Conroy ensured Castetown-Slieve Bloom’s victory as they now progress to the next round.