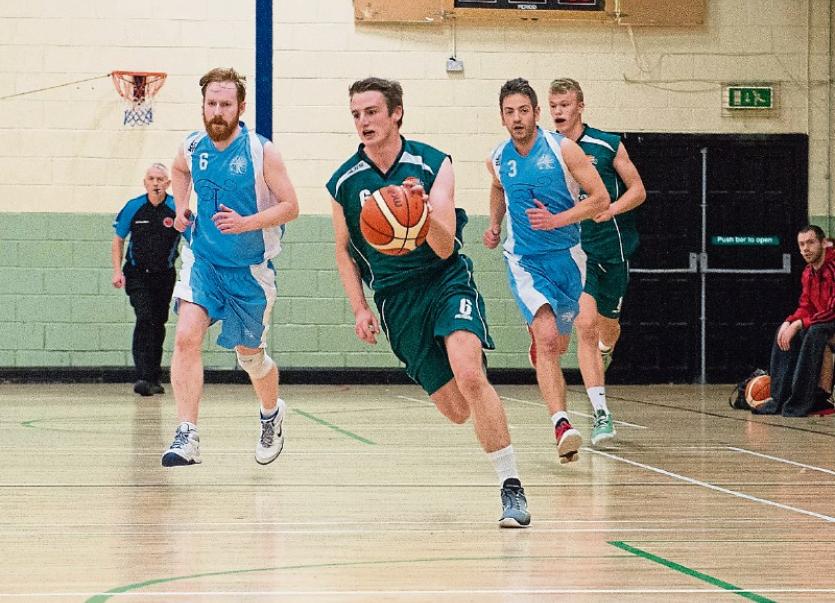 Portlaoise Panthers Mens team continued their winning streak on Saturday night after a convincing win over Athy. This was the first away game of the season for the team with a great team performance throughout.
The visitors got off to a great start with Brendan Carroll getting out on the break and finishing well. Jack Scully got free inside the key to get two baskets from under the rim.
Portlaoise moved the ball well against the zone creating room inside as they dragged the defence from side to side. Peter Duignan was proving to be a handful inside as he scored two easy baskets followed by two free throws to finish the quarter with a ten point lead.
The second quarter was a more even affair as Athy got hot from the outside, Strain hitting two three pointers in a row as the home side went on a 8-0 run. Portlaoise were slow to get going but when the scores were tied up at fourteen apiece, the Panthers sprung into action going on their own run of ten unanswered points.
Peter O’Sullivan and Brendan Carroll found their range from deep while Jack Scully continued to hurt Athy from inside the arc. Shane San Agustin and Brendan Carroll stepped up again from the three point line to stretch the lead out eighteen points at the half on a scoreline of 38-21.
Portlaoise continued to dominate the game in the third quarter as the upped the intensity levels on defence keeping Athy to just four points while getting out on the break to further pile on the pressure. Brendan Carroll was having a massive game for the Panthers men while Jack Scully was also putting up big numbers inside the key.
Peter Duignan was working well with Scully as they assisted each other on most scores with Athy having no answer. Again Carroll finished the quarter with his third three of the game putting the result beyond doubt with a quarter left to play.
Portlaoise newcomer Kieran Lillis got his first basket for the Panthers as he used his strength down low to fire in a well taken basket. The visitors ran in some easy scores with Liam Kinsella and Shane O’Neill taking their opportunities well.
Shane San Agustin added another five points on his home court while Brendan Carroll rounded off proceeding with his fourth three pointer bringing his individual tally to a game high twenty five points. Portlaoise now return to Midland League action this weekend on Sunday at home to Kildare Gliders at 7pm.