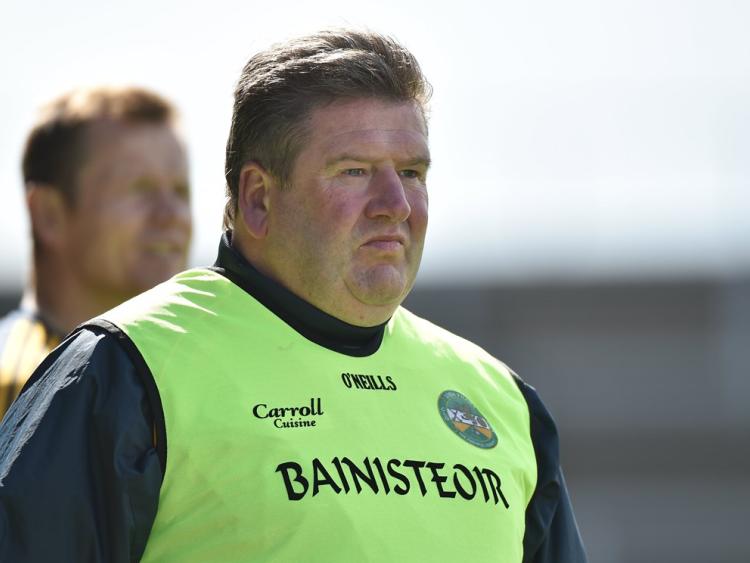 Tipperary native Eamonn Kelly has been announced as the new Laois senior hurling manager, as the search for a successor to Seamas 'Cheddar' Plunkett has finally come to an end.

Kelly managed the Offaly senior hurling team in 2016, and has previously managed the Kerry senior hurlers for two seasons. He won the Christy Ring with them in 2015, thus earning them promotion to All-Ireland Championship, as well as a Division 2A league title. Having won the league title, Kerry went on to beat Antrim in a promotion/relegation playoff to secure their place in Division 1B of the NHL.

A native of Kildangan, just outside Nenagh, he started his managerial career with the club roughly twenty years ago. He took them out of the Junior ranks, eventually winning an All-Ireland Intermediate club title with them in 2005, where they defeated Kilkenny side Carrickshock in the final with two goals in injury time. The Carrickshock team contained Kilkenny senior stars such as John Tennyson, Michael Rice and Richie Power.

His coaching career has seen him take up jobs in a variety of county's since. He managed Loughrea in Galway to a county final appearance in 2012, where they lost out to eventual All-Ireland winners St Thomas's. He has managed the University of Limerick Fitzgibbon Cup team, where Laois' Matthew Whelan featured as a centre-back, and more recently has been in charge of Sixmilebridge in Clare. He also managed Silvermines in Tipperary.

Described as an excellent motivator and organiser, Kelly will be expected to put in place a highly professional setup, something he has been noted for in both his previous intercounty jobs. In both Kerry and Offaly he was joined by former Tipperary hurler Conor Gleeson, a man who is more than familiar with the Laois club scene having won a Laois SHC title with Rathdowney-Errill in 2014. It remains to be seen whether Gleeson will be part of Kelly's management team with Laois, however.
If Gleeson's insight isn't enough, Kelly has also worked with Ger Cunningham in the past.

Cunningham, who was part of Seamas Plunkett's backroom team, was a coach with Kildangan during Kelly's tenure in charge of his home club in 2008, when they won the North Tipp senior title after a dramatic comeback against Burgess.

Indeed, a hallmark of his teams has been their commitment and ability to battle right to the very end, something Laois hurling supporters will hope he can continue to instill in the current squad.
While his managerial commitments have taken him around the country, Kelly is still a devoted club man, and remains involved at juvenile level Kildangan. He is also over the club's junior hurling team, who are set to contest a county final this weekend.

He stepped down from the Offaly role after one year in charge, citing "personal and business demands", but has opted to get back into intercounty hurling with Laois. He runs the Tipperary branch of Acorn Life, a life assurance company, in Nenagh. With the M7 motorway, it leaves him with a relatively short commute to training and games in Laois.

He previously worked with Bank of Ireland, and is close friends with former All-Ireland winning Tipperary manager Liam Sheedy, who he said convinced him to take on the Kerry job. Kelly's son Ciaran was also a member of the Tipperary minor panel which won the All-Ireland title this year.
There has been no confirmation of the length of term Kelly will be in charge for, or who will make up his back room team, with those details expected to be revealed in the coming days.