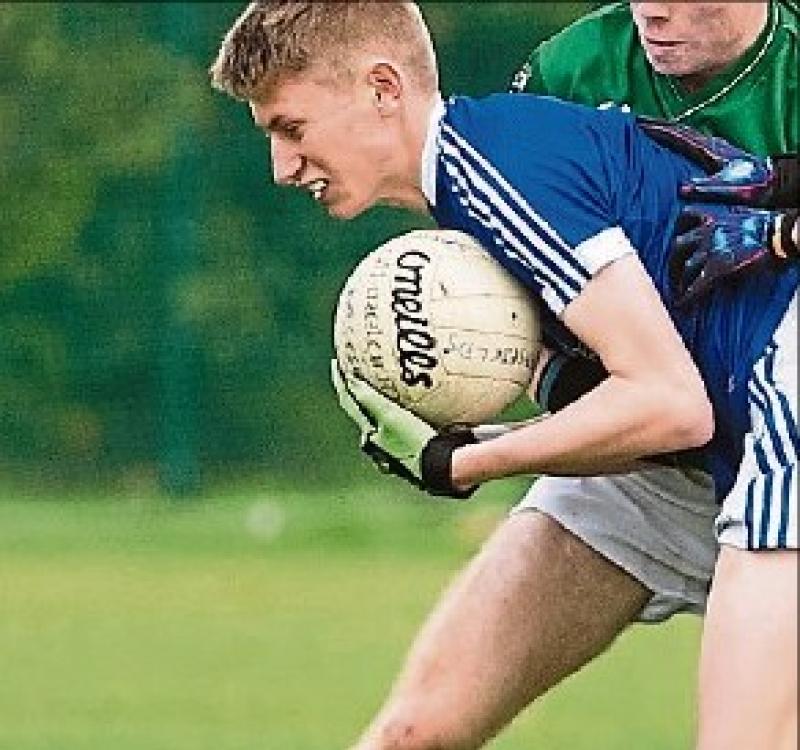 A thrilling game on Sunday afternoon between Sarsfields and Stradbally Parish Gaels saw Sarsfields edge themselves over the line to set up a final date with St Joseph's-Barrowhouse.

A great score from Benny Lawlor was followed by a fantastic outside-of-the-boot free from Shiel. Stradbally Parish Gaels could have had a goal when Benny Lawlor ran through the Sarsfields defence, but Shane Dempsey pulled off a sublime save. The rebound fell to Sean Daly, who popped it over the bar.

Sarsfields then grabbed the first goal of the game, as great build up play evolved into an easy finish for Sean Moore. Stradbally Parish Gaels replied with a point from Shiel, but Sarsfields would gain steam from their goal, as they fired four unanswered points.

Sarsfields would again reply, this time with two points in a row. The first was a long range score from Max Connolly, followed by another Moore free. Stradbally Parish Gaels looked to have won it with two points from Geoff Kennedy and John Clancy, but Sarsfields again showed what they were made of, with another a goal.

A great run by Jason Maher was stopped inside the box, and Clifford Ward awarded the penalty. Up stepped Moore, and he converted calmly. Stradbally Parish Gaels went down the other end, with Shiel converting a free, which ushered the game to extra time.

Sarsfields began with a Moore free, and then what would prove to be the critical goal was scored by the brilliant Darragh Connolly, as he made a peerless run, and finished accuarately. Another point rapidly followed, Moore the scorer. Stradbally Parish Gaels ended the half with two points, Geoff Kennedy and Shiel on target.