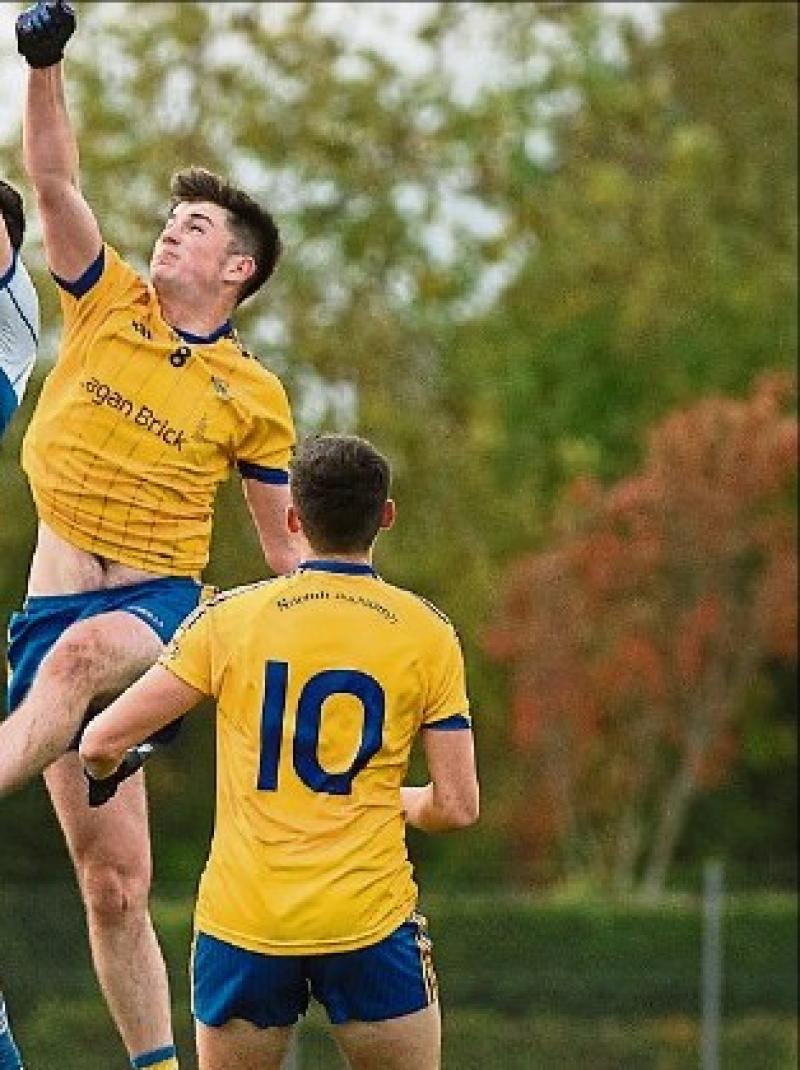 St Joseph's Barrowhouse are into the Laois U-21 FC Final

St Joseph’s-Barrowhouse cantered to a facile fourteen point victory over O’Dempsey’s in Portarlington on Saturday afternoon to see them march on to a final showdown against Sarsfields.

St Joseph’s-Barrowhouse dominated the game from the outset and duly grabbed the opening score of the game after just two minutes when midfielder, Brian Daly, notched his first free of the day from thirty-five metres.

Mick Keogh followed up for St Joseph’s-Barrowhouse’s second of the day three minutes later when they swarmed the O’Dempsey’s defence to turn over the ball, leaving Keogh to split the posts with his left boot to double their advantage.

O’Dempsey’s introduceed themselves into the game with Johnny Kelly’s well-taken point with ten minutes on the clock, before Daithi Howlin grabbed the rebound from a saved shot on goal to level the proceedings in Portarlington with fourteen minutes played.

St Joseph’s-Barrowhouse picked it up a gear and shot 1-3 without reply directly after. Dylan Doyle, James Kelly and James Smith picked up the points, while Lir McDonald got on the end of Mick Keogh’s pass across the square to notch the first goal of the day.

O’Dempsey’s briefly interrupted the St Joseph’s-Barrowhouse scoring with a Matthew Finally free after twenty-seven minutes, but their was still enough time remaining in the half for St Joseph’s-Barrowhouse to land a further four points before the break through Keogh (2), Doyle and Adam Campion to see them hold a nine point advantage at the interval on a scoreline of 1-9 to 0-3.

Mick Keogh and Matthew Finlay exchanged scores in the opening two minutes of the half, before Adam Campion claimed the score of the game with a peach of an effort from the outside of his boot to extend their lead.

O’Dempsey’s bagged a goal of their own after forty-one minutes when Finlay stepped up to convert from the penalty spot but St Joseph’s-Barrowhouse hit-back almost instantaneously with points from Keogh and Doyle.

O’Dempsey’s claimed their lasts score of the game ten minutes from time through centre-back, Tommy Kehoe, but St Joseph’s-Barrowhouse were far from finished their scoring for the day as they notched a further 1-3 to their account before the final whistle.

Full-back, James Kelly, added increased his tally to three points for the day, while Mick Keogh grabbed the final 1-1 of the game in the dying minutes to further polish the final scoreline as St Joseph’s-Barrowhouse will now prepare for a County final pairing against Sarsfields who edged out Stradbally Parish Gaels by a single point in the other semi-final clash.