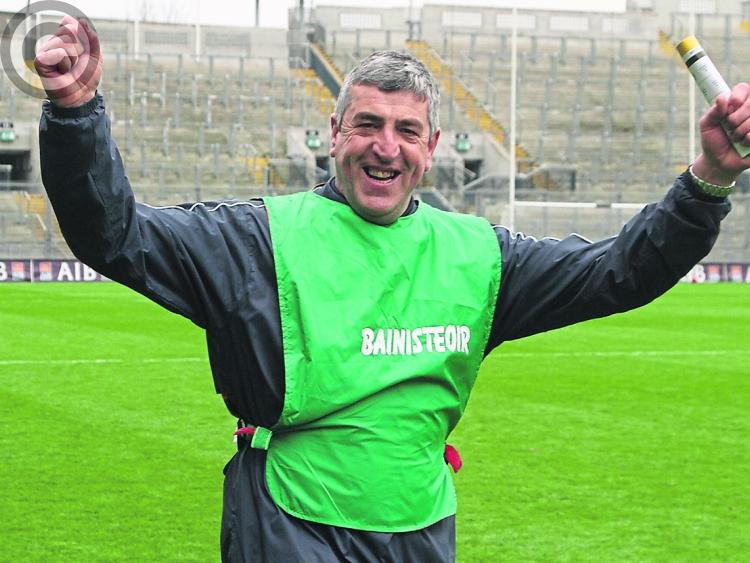 Laois GAA have pulled off something of a coup after it was announced that double All-Ireland club title winning manager Christy Walsh will take over the minor side for 2017.
Originally from Kilmoyley in Co Kerry, Walsh has lived in Bennettbridge for some time now, and had overseen a remarkable rise in their fortunes. Having languished in the junior ranks of Kilkenny hurling for some time, Walsh brought them to successive county finals in 2012 and 2013.
Having lost both of those, they returned to the final in 2014, which they won against Mooncoin, sparking a remarkable run which saw them go two years without losing a game. Bennettsbridge went on to win Leinster and All-Ireland Junior titles after that breakthrough success, and then followed it up a year later by winning Kilkenny, Leinster and All-Ireland intermediate titles, with the All-Ireland Intermediate crown secured earlier this year.
Bennettsbridge's success was built largely on a wave of exciting young hurlers coming through to their senior team, and it is hoped that Walsh can continue his ability to develop young hurlers with Laois.
As part of his preparations for 2017, the Laois minor team will compete as the Laois Schools team in the Leinster Schools SHC, with their first game in early January.
Walsh has also managed the Kilkenny senior football team in recent years, and was on the fringes of the Kerry senior football panel when he lived in his native county. Hurling was his first game however, and he also hurled in the Railway Cup with Munster.
His first task with Laois will be to get them back competitive in the province, after losing to both Offaly and Dublin in the Leinster MHC in 2016. Laois welcome Offaly to O'Moore Park in the first round of the Leinster MHC in April. His back room team is expected to be confirmed in the next week or so.