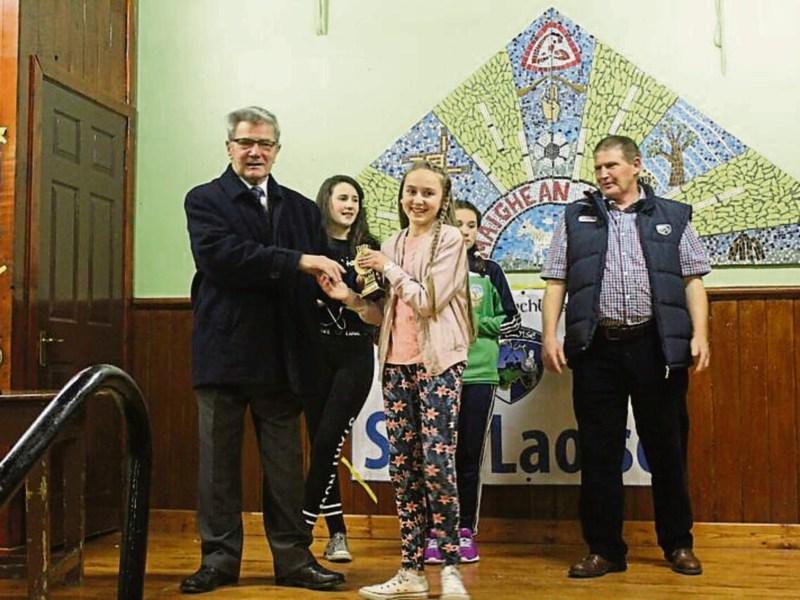 Laois were represented in three categories - Solo Singing, Ballad Group and Instrumental Music. All three representatives were excellent on the day, so much so that all three have progressed through to the Leinster Final in Ballymore, Co Westmeath on Saturday, 7th January.

First up was Emer Murphy from Mountrath GAA, who sang beautifully and received great praise from the adjudicator. Next up for Laois was the ballad group from Annanough, who combined brilliantly to take one of the two coveted places in the final.

Lastly, Borris-in-Ossory/Kilcotton reached the Leinster Final for the second year in a row, with a superb arrangement of tunes. We wish all three acts the best of luck in the final. The All Ireland itself takes place in early February in Belfast.

The winning Table quiz team Annanough automatically goes straight through to the All-Ireland. To win an All-Ireland title is seen as a great achievement and honor for any club.

At the recent GAA convention, Jody Conway was returned as Irish Cultural Officer for the coming year. We wish Jody all the best in the year ahead.

Jody himself is delighted to be back at the helm, and would like to encourage anybody interested in Scór to come and join the committee to explore new ideas to promote Scór in Laois.