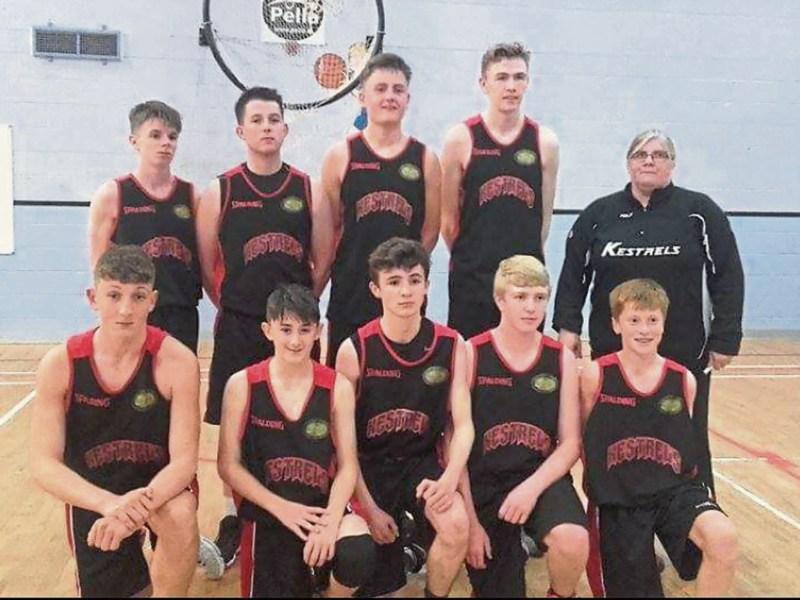 Kestrels U-18 Boys played host to Portlaoise last Sunday in the next round of the Midland Area League.

Kestrels started the strongest with Dylan Dunne putting the first five unanswered points on the board for the home side. Point guard Darren Moore distributed the ball expertly around the court while Condon and Gormley linked up brilliantly under the basket to continue scoring for the home side, bringing them in 17-10 ahead at the end of the first quarter.

The second quarter saw more of the same with Kestrels stepping up their defensive play while Portlaoise struggled to get near them. Kestrels Dylan Dunne and Scott Higgins continued to score for there team while Shane Buggie kept Portlaoise in the game. Kestrels held their lead at half time with a 31-21 scoreline.

The second half saw Kestrels take complete control of the game with speedy Cameron Clarke play some excellent defence alongside Rioghan Murphy leaving Portlaoise Panthers scoreless for the first five mins of the second half. Kestrels continued to dominate and show there class scoring through Darren Moore, Scott Higgins and Sean Condon.

Kestrels big man James Gormley gave the crowd a treat when he dunked the ball in the basket in the final minutes of the game giving Kestrels the well deserved win on a scoreline of 70-30.