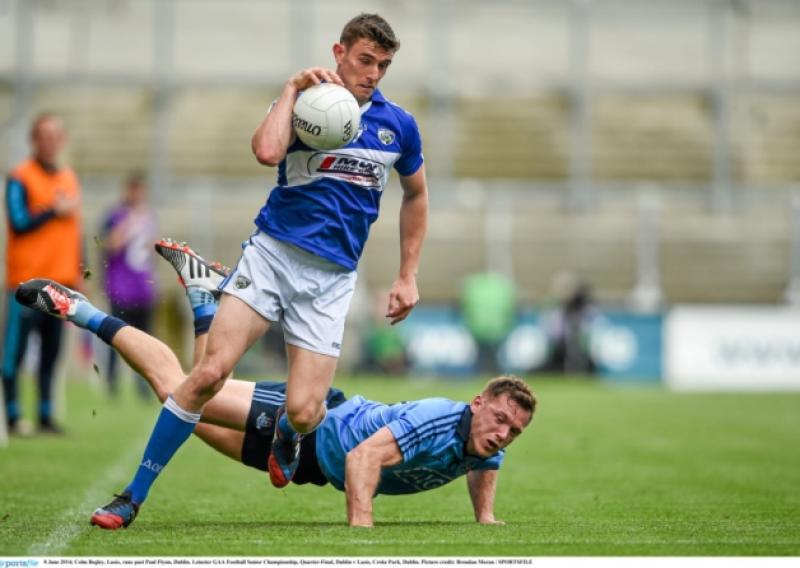 2016 was certainly one to remember for Colm Begley. His return to Stradbally coincided with their first SFC title since 2005, while he also played in the Sigerson Cup final with DCU. He is currently working as a GDA with Laois GAA as he studies for a Masters in Carlow IT.

What was your personal highlight of 2016?
It’s been an amazing year, but that’s a simple one to answer. It has to be winning the county championship with Stradbally. The way in which it was won too added to the whole experience. A great game of football, that took a moment of magic to win it.

Did you achieve all you wanted to achieve in 2016?
I achieved a lot of what I wanted to achieve. Disappointed with how we went in the county football year however. Hoping to rectify that this coming season.

What was your biggest disappointment/regret of 2016?
Not progressing further in the Leinster Championship. I feel we underperformed and would have loved to have represented our county, playing a home game in Laois. Also our loss to Clare in the qualifiers was a huge disappointment.

Who was the toughest opponent you faced in 2016?
I’d have to say Conor Boyle. We had a good battle I felt in the final. He is an excellent footballer and a very tight marker, never allowing you much room. Whenever I got on the ball he was there, and even when I didn’t have the ball he would make his presence known. An intelligent footballer, and never an easy player to play against.

What was the best sporting event you attended in 2016?
The Ireland v All Blacks game in Ireland. Attended via Searsons Pub.

What sporting event do you wish you could have attended in 2016?
Conor McGregor's title fight in New York.

Who played the biggest role in helping you to be successful in 2016?
My family. Any success I have had throughout my years has always been achieved with their encouragement, guidance and support.

Non-Sporting highlight of the year?
Graduating from DCU with a degree in Sports Science and Health.

What are your goals/ambitions for 2017?
Sporting Goals: To play a key role in helping Laois return to Division 2 in the league. To play in Croke Park in the Leinster final. Win the laois county championship with Stradbally again.
Personal Goals: Successfully complete my first year of my part time masters in Carlow IT. Through my new GDA role in Laois County Board, help positively develop the underage talent in Laois.

What is you biggest fear for 2017?
That I won’t try enough new experiences.

Aside from you/your team, who would you like to see be successful in 2017?
DCU. Both the players and team, along with all my friends graduating.

What sporting event would you most like to attend in 2017?
Masters, Superbowl, or the AFL Grand Final. Either one of those three and I'd be very happy.

Who would you say is 'One to Watch' in 2017?
Conor Delaney from Stradbally. He has a big pre-season coming up and I think he's going to get himself in serious shape and unleash that raw talent.