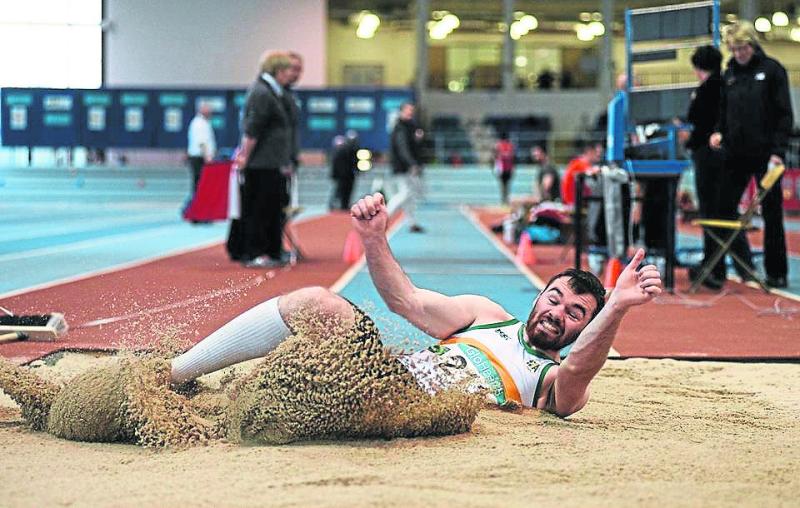 The fortunes of the county's senior footballers and hurlers continued to slide in February, but it was a month to remember for St Abban's athlete Saragh Buggy.
February opened with an encouraging win for the senior footballers away to Armagh, as they ground out a 1-13 to 0-15 win. Paul Cahillane got the goal, while Donie Kingston and Evan O'Carroll also impressed as Mick Lillis got his first league win as manager.
However, on the last day of February they suffered another loss, 1-14 to 0-14, to Tyrone, with the scoreline not really reflecting the gulf between the teams.
The hurlers suffered a body-blow in their opening league game, losing 1-24 to 2-14 to Kerry in O'Moore Park, and following that up with a 1-17 to 0-15 loss to Offaly in Round 2.
The ladies footballers did get a win in February, as they beat Meath 3-8 to 0-9 in Mountmellick, with Laura Nerney scoring a brilliant goal. However, that win was offset by losses to Donegal and Kildare.
It wasn't all doom and gloom in February though, as Saragh Buggy, a triple jumper from St Abban's, secured the national title with a leap of 12.71m (over 40 feet). It was the fourth longest jump ever by an Irish triple jumper.
Elsewhere in athletics, Colin Maher was serving notice of what was to come from him as he won both the Novice and Intermediate Laois Road Races, with Lisa Murphy and Niamh Quinn winning the respective Ladies titles.
Scoil Chríost Rí junior footballers qualified for the All-Ireland final with a 8-13 to 4-9 dismantling of Convent of Mercy from Roscommon. Emma Lawlor and Erone Fitzpatrick combined to score seven goals between them on the day. The schools junior soccer team also won the Leinster title in February, beating St Laurence's College 3-1 in the final. Mountrath CS won the Leinster Ladies Football Senior 'C' final, 4-9 to 4-5 against Athboy.
The Laois U-21 footballers opened their Leinster campaign with an aimpressive 3-15 to 1-14 win over Louth in Haggardstown, while the Kelly Cup also got underway in February.
In rugby, Portlaoise beat North Kildare in the second round of the Towns Cup, 24-17, while Conor McMahon (Emo NS) and Christopher Carew (Mountrath CS) won gold medals at the Irish Schools swimming finals.
In basketball, the Portlaoise Panthers U-17 girls team had the honour of bringing up a century of points, as they beat Meteors 100-28 in a Dublin league game, while February also saw a new cycling club formed in Mountrath.

“Look, it was a fantastic result, that's just what we wanted. It's never easy to come to Armagh and get a result, so I'm just delighted with the way the lads showed a great togetherness and fighting spirit in the second half particularly, and we're delighted with the result.”

- Mick Lillis after Laois beat Armagh 1-13 to 0-15 in the NFL in Armagh. The first of three closely fought games between the teams during the year.

“The experience is important in games when you are under pressure and you need to stay steady, but lads want to show they can handle the pressure, and that they have the ability to hurl at this level. We have put a lot of work into re-shaping the team and we will have a new team out on Sunday."

- Cheddar Plunkett after losing to Kerry in the opening NHL game.

“Everybody knows the third quarter in every sport seems to be the vital quarter. We just never got out of the blocks, we let them run at us, I think we lost concentration, why that was, I don't know, but certainly that third quarter cost us."

- Mick Lillis after Laois lost out to Tyrone, having been over run by the Ulster side in the period after half time.

“It’s at home in Portlaoise again. We will stick to what we are doing here. There will be no panic, we are very clear about what we want to do here. We feel that after a couple of more games that we will get this right.

- Cheddar Plunkett after the loss to Offaly made life even more difficult for Laois.