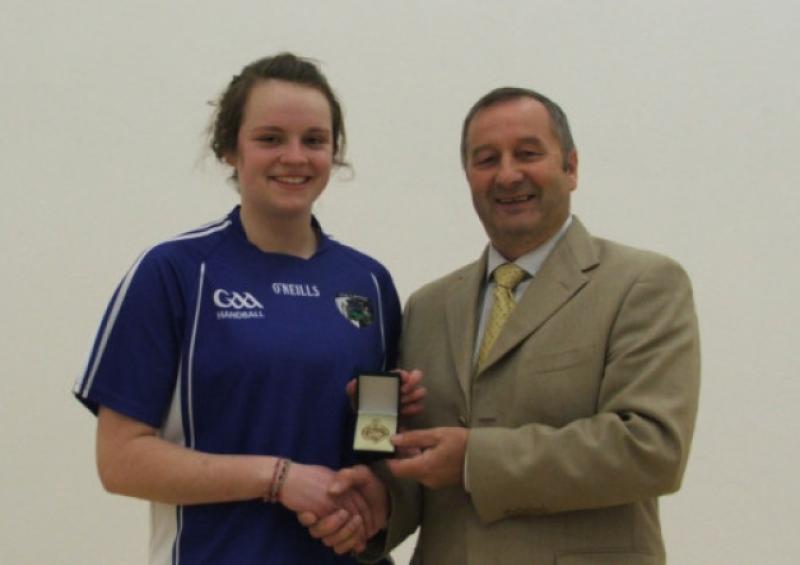 Niamh Dunne had a stellar 2016 season.

Niamh Dunne was crowned the Laois Handball Player of the Year in November, and it came as no surprise after a stellar 2016 season for the Cullohill star. She won Leinster and All-Ireland singles titles in 40X20, while she also joined forces with Ciara Dowling to claim gold in the doubles. She also contested Leinster finals in the 60X30 championships, and won another Leinster title in the One-Wall finals.

What was your personal highlight of 2016?
Going to the America for the USHA Collegiates and winning the open doubles.

Did you achieve all you wanted to achieve in 2016?
No, I was hoping that I would win a Leinster title in intermediate. I also was not happy with some of my tournament performances, but another year's experience will hopefully improve this.

What was your biggest disappointment/regret of 2016?
Losing the Leinster Intermediate title against Rachel Hogan in the tie break.

Who was the toughest opponent you faced in 2016?
Catriona Casey

Who gave the best individual/team performance that you witnessed in 2016?
Ducksy Walsh and Eoin Kennedy in the Nationals final.

What was the best sporting event you attended in 2016?
USHA handball in Minnesota.

What sporting event do you wish you could have attended in 2016?
Wimbledon.

Who played the biggest role in helping you to be successful in 2016?
The people who agree to give me games for practice.

Non-Sporting highlight of the year?
My sister getting married.

What are your goals/ambitions for 2017?
To win a Leinster title and hopefully another All Ireland title. I hope to go to America for the summer and play in the tournaments over there to help me progress with my handball further.

What is you biggest fear for 2017?
Not winning any titles.

Aside from you/your team, who would you like to see be successful in 2017?
The people who work hard at what they are trying to achieve. It is all about hard work and commitment.

What sporting event would you most like to attend in 2017?
The Pro Stop in Las Vegas.