AUGUST - Michael O'Reilly dominates the headlines for all the wrong reasons 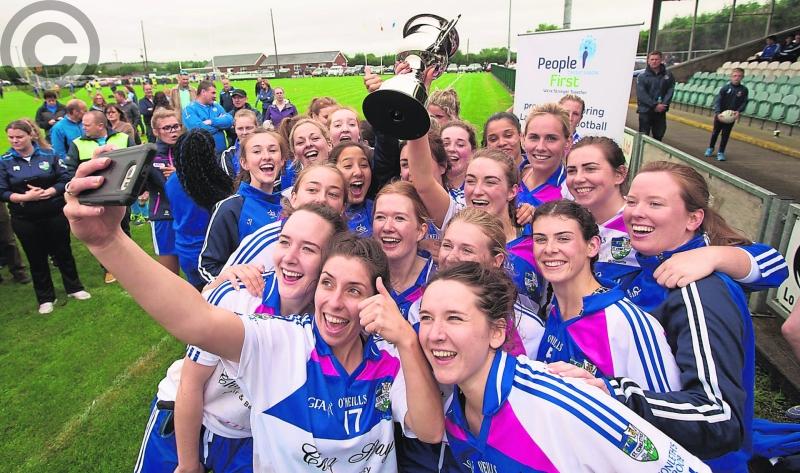 What should have been the good-news sports story of the year dramatically unravelled in August, as Michael O'Reilly failed a drugs test prior to the Olympics.
The Portlaoise middleweight had already made the trip to Rio when it was announced that he had tested positive for a banned substance, putting his participation in serious jeopardy. The story was, understandably, national news and O'Reilly was rounded on by boxing figures around Ireland.
John Conlon, a coach with the Irish boxing team and father of Michael Conlon, one of Ireland's major medal hopes at the Games, was particularly critical. He revealed that O'Reilly had failed to train with the Irish team in the build up to Rio, and had only joined up with them at the airport.
After initially protesting his innocence and claiming the matter would be cleared up, O'Reilly subsequently left the Olympic Village, and headed home to a scrum of bad headlines and a long ban.
There was no such controversy for Laois' other Olympian, swimmer Shane Ryan. The USA-born Portarlington-based swimmer broke his personal best time to qualify for the semi-finals of the 100m back stroke, and will be hoping to progress even more at Tokyo Olympics in 2020.
The local club championships were well underway now too, with the hurling championships already throwing up some cracking games. Ballinakill Gaels and Borris-Kilcotton drew in Round 2 in what was the first of their four meetings in the SHC, with Portlaoise and The Harps also drawing. Camross beat Clough-Ballacolla and Rathdowney-Errill beat Abbeyleix, while Portlaoise and Ballinakill Gaels won their respective replays.
Those results left Abbeyleix and The Harps in the relegation playoff, with Abbeyleix eventually winning to send The Harps down.
In football, one of the most remarkable games of the year took place in Round 2, as Ballyfin Gaels looked dead and buried at half time against Emo, finalists the previous year, trailing by nine points.
In a superb second half performance, however, they stormed past their more vaunted opponents to send Emo crashing into the relegation playoffs.
In Camogie, the Laois senior side saw their season ended at the semi-final stage of the All-Ireland Intermediate Championship when they lost to Cork 0-19 to 2-6.
The Laois ladies football Intermediate and Junior finals took place in August, with St Conleth's and Ballyroan the winners respectively. In the senior championship, Portlaoise qualified for their first ever final, while Sarsfields were through to their eleventh in a row.

"At the moment we have a panel of twenty plus six injuries but with the positive results and performances I would hope that more will join. There were a few in the stand and on the hill from prominent Laois clubs that should be lining out for our county. We will hit the ground running in November hopefully with forty women to pick from."

- Laois Ladies football manager Kevin Doogue after their defeat to Cavan in the All-Ireland series.

"I am really looking forward to meeting some of the young players from these local clubs and hopefully encouraging them to continue their involvement with GAA which, has and continues to have such a positive impact on my life.”

- Laois footballer Colm Begley at the presentation of gear for the Kits for Kids initiative.

"O'Reilly has had a tumultuous run to the 2016 Olympics, having been denied a place due to a controversial judging decision in Doha last year."

- From a Leinster Express preview of the Olympic Games. Controversy would continue to follow O'Reilly.

“It is devastating for that young man, he had the world at his feet."

- Tony Flanagan, from Portlaoise Boxing Club, on the news that Michael O'Reilly had tested positive for a banned substance.

“It shocked us as a team because, to be honest, he (Michael O'Reilly) hadn't been with us for eight weeks. We met him in the airport."

- Irish Boxing coach John Conlon on O'Reilly's absence from training with the Irish team in the run up to the Olympics.

"Sooner rather than later."

- Laois Vice Chairman Peter O'Neill's time frame for the appointment of Mick Lillis' successor. As it turned out, it would be much later.