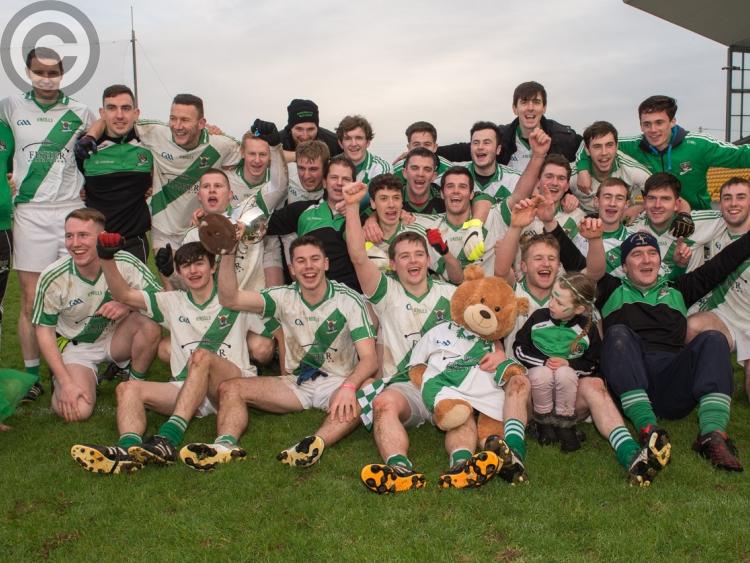 The year may have been winding to a close, but that didn't stop a raft of sporting action taking place around the county.
The biggest story of the month was the continued exploits of Rosenallis in Leinster competition, as they continued to battle on two fronts. Their crowning glory, however, was to come in O'Connor Park in Tullamore.
Having battled their way to the Leinster junior final, they faced down favourites Bracknagh, and completely outplayed them. Rosenallis were excellent on the day, and the final scoreline of 1-11 to 1-8 flattered the home side.
They remained on course for a double until their hurlers were eventually beaten in the Leinster semi-final. It took extra time to finally see them off, as Meath side Ratoath progressed to a final meeting with Mooncoin.
Other Laois clubs in Leinster did not have as much joy, as Borris-Kilcotton were well-beaten by Cuala, Castletown lost out to Bray Emmets and O'Dempsey's were beaten by Round Towers from Kildare.
The search for Cheddar Plunkett's replacement eventually settled on Tipperary man Eamonn Kelly, who had been in charge of Offaly for the 2016 season. He was immediately dealt a blow when Willie Hyland retired from intercounty hurling, as persistent hip injuries forced him to walk away.
St Joseph's Barrowhouse won their second U-21 football championship in a row, while the other big GAA success of the month was for the seven Laois men who were on the Leinster Wheelchair Hurling team which won the interprovincial title.
It was a busy month in athletics, as Colin Maher continued to rack up gold medals when he saw off Stephen Lawlor for the Mens Senior cross country title, while Mary Mulhare got her hands on another gold medal.
It was good month for Cian Kelly too, as the St Abban's athlete won the Leinster U-18 cross country title. In gymnastics, Portlaoise Gymnastics Club were setting records, as they won nine national medals and 63 regional medals in the month of November.
Michael Nevin Jnr, a talented boxer from Portlaoise BC enhanced his reputation even further with a bronze medal at the World Youth Championships. In golf, Portlaoise Golf Club launched one of the most innovative ideas in recent years with 'Night Golf', a game played with golf balls which light up, allowing you to play the game in total darkness.
Niamh Dunne was back to winning medals in November, as she won the Leinster One-Wall finals, while two Laois men - Leo Brophy and Gavin Thompson, represented Ireland at the Timbersports World Championships in Stuttgart, Germany.

“You have to give it a chance to work out, I could have walked after the first few games because of the amount of abuse I was getting, but I wanted to stick with it, I liked it and I wanted to get better.”

- Eddie Kinsella, after he confirmed he was retiring from intercounty refereeing.

“It's just unreal, who would have thought Rosenallis would be Leinster junior champions? Ever? It's just brilliant, we're absolutely delighted, and we'll go on now in two weeks time (and play) wherever we're going to be, but it's a great feeling.”

“It's been an honour to play for Laois and I've huge respect for all the men that I've worn the blue and white with over the years. I've made friendships that will last a life-time, not just in Laois but across the country."

- Willie Hyland after the Clough-Ballacolla man announced his retirement from intercounty hurling due to injury.

"In my term as secretary, I have never seen as many clubs experiencing such difficulty in fielding teams. Clubs who were comfortable fielding three teams are now having difficulty fielding two, same with clubs who had two teams are now finding it difficult to field one."