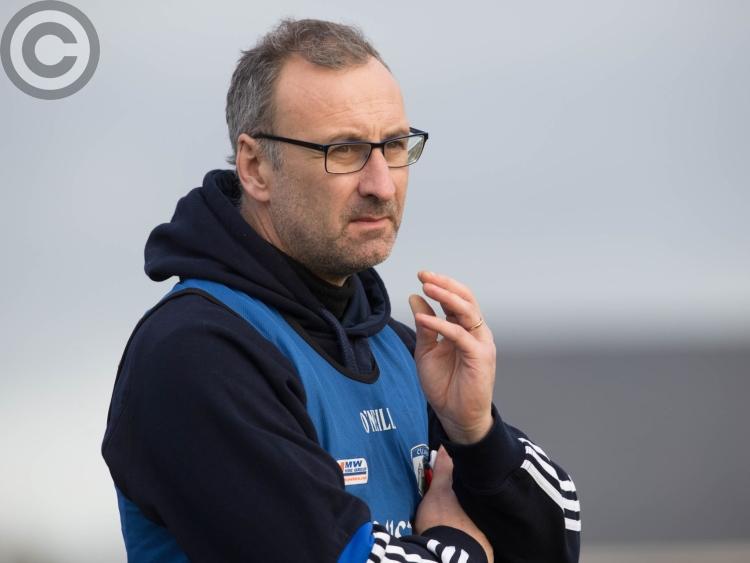 Laois manager Peter Creedon admitted to being happy with his competitive debut in charge of the side, as they cruised to a ten point win over DIT.
While wins in January count for very little, the Cork man was nonetheless pleased to get the better of the students. “It is always good for confidence to win early in the season, and that was a strong DIT team, on paper anyway, so we're happy. We scored 1-15 on a heavy pitch, so it's a good, positive start, we're happy with that.”
While DIT are nowhere near being one of the best college sides around, they were a big, physical team, something Laois couldn't boast of considering they handed debuts to ten players.
For Creedon, who was surprised to find out afterwards that so many players had featured for the first time in a Laois senior team, they had earned their place. “Well they've been going well in training, but we'll take all the over 21 players on Wednesday night to Wicklow, and then we'll try to pick a combination of the two next Saturday for Meath, so we're delighted with the young lads, they played well.”
It is ahectic opening week for Creedon, who also trains the U-21 side along with the seniors. The U-21s played on Friday night, while the seniors play again on Wednesday night and Saturday night, while the U-21s play on Saturday afternoon.
He has had to jump in at the deep end, and he confessed after the game that the key to getting through the week is to try to balance to workload of his players. “We're training both squads together, they (the U-21s) had a good match on Friday night against Carlow, and we threw in five or six today, but we'll rest the U-21s now and there might be some of them in action next Saturday night against Meath, but they also have a game against Tipp in the afternoon, and that's good.
“Eoin Lowry is training very well as well, he's with UCD today, Evan O'Carroll as well (with Maynooth), Eoin Buggie has been training well and he's with Carlow IT, so we're in a good position.”
Creedon was also happy with his team's display, having been pleased with aspects of their play both in attack and defence. “We're trying to make sure we don't leak scores, and obviously I would be very happy with 1-15, and we probably left a few more out there as well, but overall the attitude was very good. Our commitment to the tackle was good as well, so it's only early, it's very early season. Obviously against Meath next week will be a big, big test but our priority really is the game against Louth the first day out in the league.”
Laois' game with Wicklow on Wednesday is now at 7.45pm.