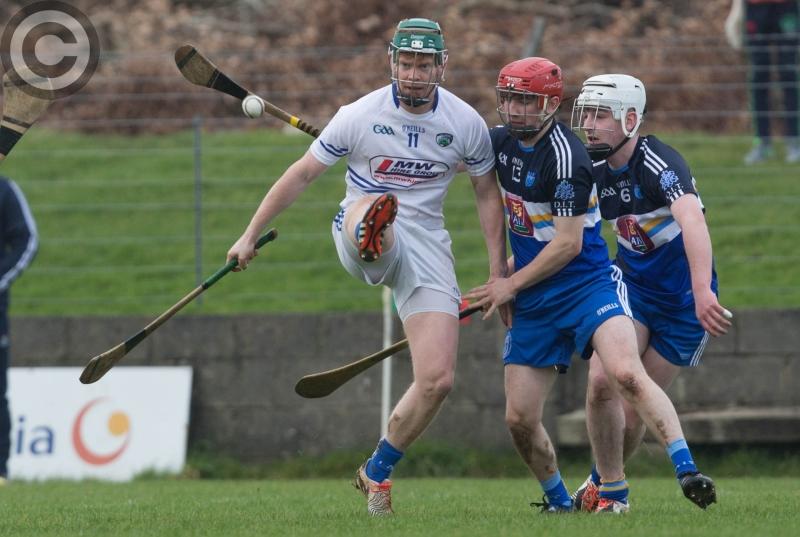 The Laois senior hurlers chalked up an impressive nineteen point win on Sunday afternoon, as they easily saw off the challenge of DIT in Rathdowney.

Eamonn Kelly's team had twelve points scored with a little over fifteen minutes played, as they completely overwhelmed the college side.

Laois, once again, fielded a very young side but they made light work of DIT. Aaron Dunphy again showed what he can offer at this level as he scored 0-5 from play, while Patrick Whelan rattled in 2-3 from centre-forward.

With Willie Dunphy and Neil Foyle adding 1-9 between them, Laois certainly didn't struggle for scores, but they were impressive at both ends of the field. Leigh Bergin was dominant at full-back, even getting up for a score, while Conor Phelan, Patrick Purcell and Ryan Mullaney also showed well.

The performance, however, will have to be viewed in contrast with the paucity of the opposition, as DIT never really put up much of a battle. Much of that was down to how well Laois played, but the students were also missing a few of their marquee players, and the supporting cast didn't offer much.

The real rest for Laois will come next Sunday when they face Galway, and after two wins over college teams, it will be good for them to test themselves against a strong intercounty side. It will give them a clearer indication of where they stand as the league lies ahead in early February.

DIT actually took an early lead in this one, through Colm Hayes, but Laois responded with six points in a row. Willie Dunphy got their first of the day, and Ben Conroy (free) and Aaron Dunphy also found the target soon after.

Once Laois got themselves on the front foot, they just pulled off into the distance. It may have been one-way traffic, but it was still easy on the eye, as Laois scored some really brilliant points.

Leading by 0-16 to 0-3 after 23 minutes, Laois well and truly put the game to bed after that when Neil Foyle and Patrick Whelan goaled in the space of a minute, as they lead 2-19 to 0-6 at half time.

The second half was a formality after that, but Laois still tried to keep the tempo up. Patrick Whelan dispossessed the 'keeper to score his second goal, and sub Patrick Keating added another soon after with a rasping shot to the bottom corner.

Laois rung the changes after that, and DIT did manage a late purple patch, as Colm Hayes bundled home a goal from close range and they added seven more points in the last ten minutes.

The effect was only cosmetic, however, as Laois had done more than enough to wrap up a second victory in a row.