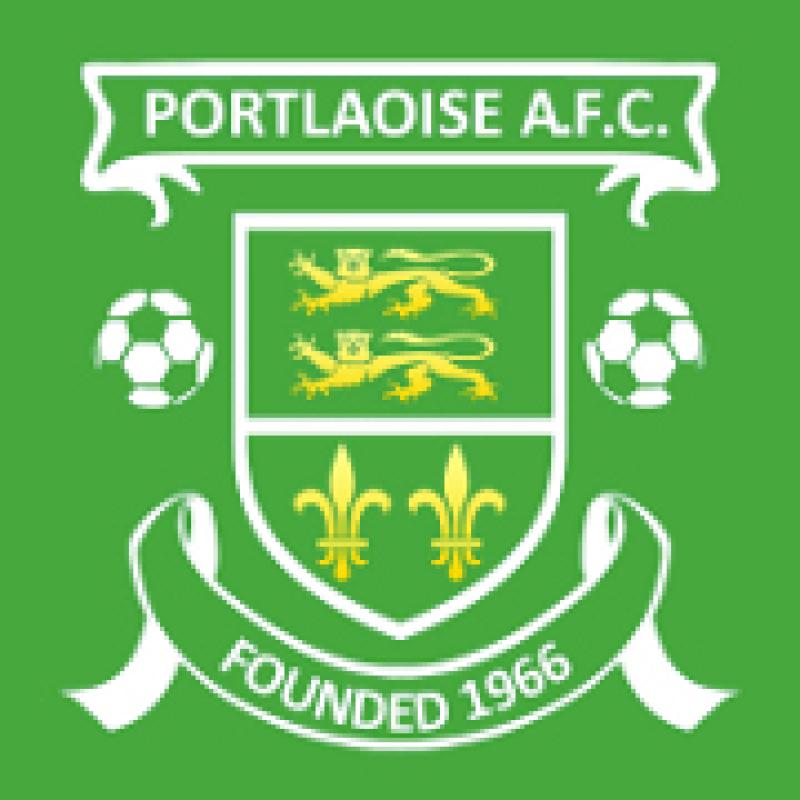 Portlaoise were well beaten in every aspect of the field on Sunday morning, as Clonaslee Utd went further clear at the top of the Premier Division at Rossleighan Park.
Clonaslee opened the scoring inside ten minutes, as a curling set piece was put into the area by Glen McEvoy, and forward James McRedmond was not picked up at the back post. The striker finished at his ease to give the away side the lead.
Clonaslee went close minutes later, with a long kick thumped down the field by goalkeeper Seamus Rosney, which was met by the head James McRedmond, the resulting flick on provided Niall Hogan with a great opportunity. However, the midfielder was unable to finish.
They did get their second goal soon after though, with another set piece from Glen McEvoy. His shot took a massive deflection off the wall, and left Portlaoise goalkeeper Darren Dunphy flat-footed.
Portlaoise now had a lot of work to do to find a way back into this game. However, things would only go from bad to worse. The away team went three to the good with a goal from Conor Gorman. A corner delivered by Daniel Larkin was met at the front post by Conor Gorman, who directed it home.
The half time team talk would need to be a big one from Portlaoise’s management if they were to get back into this game.
The home side failed to find any form, however, as a fourth goal from Clonaslee seemed to seal the win. John Rigney played a through ball into the feet of McRedmond, who caught the Portlaoise defence napping, and made them pay with a composed finish.
Portlaoise would have several half-chances before the day was out, but Clonaslee had the three points in the bag when that fourth goal went in. They put the icing on the cake with a fifth, a super finish from the impressive Glen McEvoy.