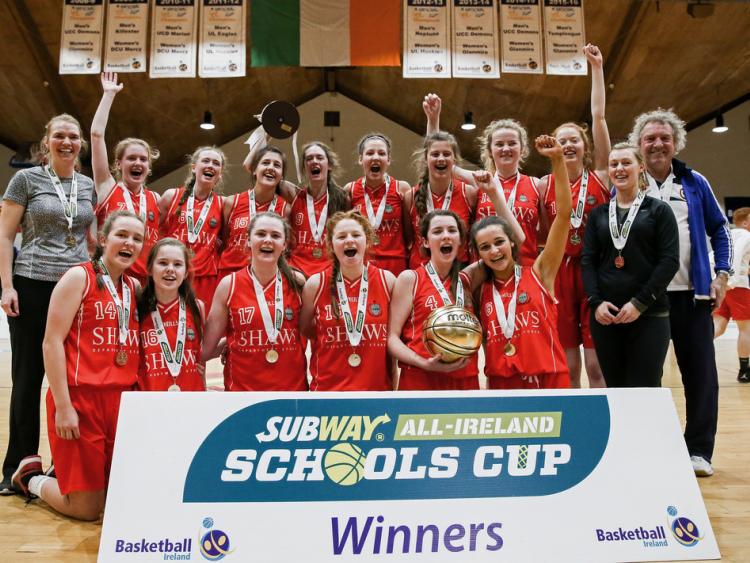 Scoil Chriost Ri Portlaoise stormed home to a fantastic 38-45 point victory this afternoon in the SUBWAY Under 16 A All Ireland Schools Cup final, overcoming Crescent College Comprehensive in an extremely close and very competitive final at the National Basketball Arena in Tallaght.

MVP Shauna Dooley and the hugely impressive Ciara Byrne controlled the game for Portlaoise, and met the challenge of Crescent College at every step to ensure the Laois school drove home to win.

A close opening quarter showed just how evenly-matched these two teams are, as Amy Byrne and Jasmine Burke of Portlaoise got the scoring underway early, but Laura Stapleton and Eve Nealon were not letting them in easy and fought back just as hard under the boards to leave it 10-11 in favour of Portlaoise going into the second quarter.

The second quarter was just as close and tense, with Portlaoise taking a five point lead early on but again, Crescent Comprehensive fought back with Nealon pulling off a superb jump shot under pressure to tie the game on 17 apiece with just over a minute to play until half time, and Stapleton added two great baskets to put them in the lead 21-19 going into the third.

The third quarter was well and truly the Ciara Byrne show as, with fantastic assists from Dooley and Burke, Byrne drove to the net for four baskets in-a-row to put a gap back between them on the scoring. Sarah Fleming was crucial in this quarter too for Portlaoise and their hard work paid off as they out scored Crescent College 5-14 to leave it 26-33 going into the last.

Portlaoise now had the Cup in their sights and they certainly weren’t letting go if it quickly and as Crescent College once more launched a comeback driven by Laura Stapleton and Nealon, they held firm to win out 38-45 in the end.