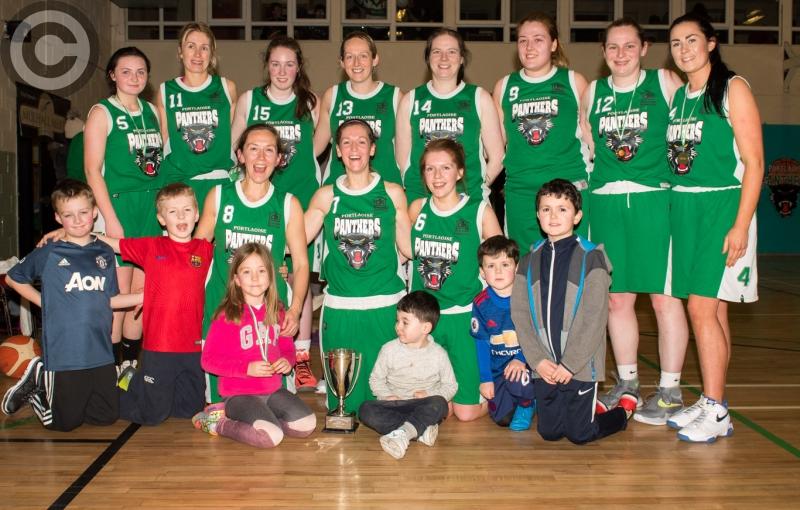 Clonaslee came into this game as reigning champions after beating Portlaoise in last year’s final. This was the third time the teams have met this season with Portlaoise coming out on top on both occasions.

The game started at a ferocious pace and would remain that way for much of the game. It was obvious from the outset that Clonaslee were well up for this game and were not going to let Portlaoise dictate the play.

Niamh McInhill was causing Portlaoise all sorts of problems on defence as she nailed two three pointers early in the game to give Clonaslee the lead. However, Clonaslee were relying heavily on McInhill to get their scores.

Portlaoise, on the other hand, were getting scores from every position. Six Portlaoise girls got their names on the scoresheet in the first quarter. Erone Fitzpatrick’s running and intensity opened up the floor and Burke, Tomlinson and O’Connell finished strongly. Portlaoise ended the quarter with a narrow two point lead.

The second quarter was where Portlaoise really exerted the pressure and reaped the rewards as they pushed out the lead. Erone Fitzpatrick and Lorraine McCormack took turns marking the dangerous McInhill and this came at a cost as both players got into foul trouble in this quarter.

The rewards justified the means as Clonasleee were held to just six points in this quarter. Portlaoise really made their good defensive count as they were at ease in this quarter. Anna Connolly was at the root of everything good for Portlaoise, whether it be a rebound, block or assist.

Shauna Burke, Roisin O'Connell, Fitzpatrick, O’Sullivan and Foyle all got their names on the scoresheet in this quarter. Portlaoise went into the half-time break with a fourteen point lead.

The third quarter saw Clonaslee make a huge push to eat into the lead as they came out fighting. McInhill picked up where she left off and was scoring from every angle. It was the defensive end where Clonaslee really did well in this quarter.

They held Portlaoise to just eight points as Ann Marie Troy and Anna Connolly kept the scoreboard ticking over for Portlaoise in this quarter. Clonaslee had reduced the defecit to just five points at the end of this quarter.

Heading into the last quarter Portlaoise knew they had to raise their game or Clonaslee would win this title for the second year in a row. Shauna Burke and Anna Connolly really got going in this quarter combining for fifteen points between them, as they dominated the boards and were unstoppable down low on offence.

Erone Fitzpatrick also chipped in with five points and Portlaoise opened up a lead once again and quashed any hope of a Clonaslee revival as they ran out overall winners and brought the Cup back to Portlaoise. Congratulations to Shauna Burke who was awarded the MVP for the game.