Penalty woes for Portlaoise AFC as they lose to Dublin Bus 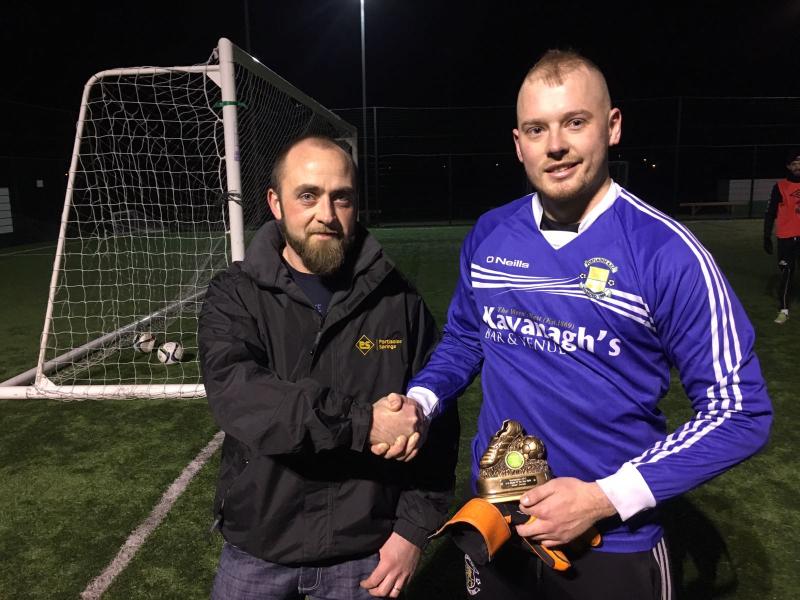 Portlaoise AFC's first team exited the top Leinster Senior League Cup competition on Sunday morning away to Dublin Bus with a tale of two penalties, the home side scored while Portlaoise missed.

Portlaoise travelled in hope of another good result in this competition having beaten UCD away in the first round, but they came up against a well-organised, stubborn and experienced Dublin Bus team in a thrilling game.

The home side are flying high two divisions above the Laois side and have a number of top Intermediate players, but were on the back foot early on as Portlaoise tore into them from the start.

Portlaoise had three great chances to go ahead but a combination of poor finishing and good goalkeeping from Darren Brennan kept the visitors at bay. Dublin Bus had the best chance of the first half to go ahead when a corner was flicked on by Geoff Doyle, but Ciaran Bissett hit the base of the post.

Portlaoise went close when a Jason Murphy free kick hit the crossbar and was cleared to safety, then Brennan did well to push away a Paul Cahillane free kick to keep the sides level at the break.

The second half continued to flow from end-to-end without any major opportunities until disaster struck for Portlaoise with 20 minutes left on the clock. A long range strike was well off target and as Shane Collins chased the ball into the corner he made the slightest contact with Karl Laffan, and the assistant referee flagged for a very harsh penalty kick. Portlaoise protested and had a player sent off again rather harshly, and Andrew Bracken slotted home the resultant penalty.

Despite being down to ten men, Portlaoise continued to press hard for a goal and Aaron Rafter’s first time strike was scrambled away by Brennan. Portlaoise got a lifeline in the 84th minute when they were awarded what looked like a soft penalty, but goalkeeper Brennan guessed the right way and saved Cahillane’s spot kick.

Both teams went close but Portlaoise must now concentrate on the league for the rest of the season. Inchicore Athletic went top for the first time this season and St James Gate jumped ahead of Portlaoise with a 0-0 draw, but with 12 games left in the season there is a long way to go as they search for an illusive promotion spot.