O'Loughlin leads the injury concerns for Laois ahead of Louth game 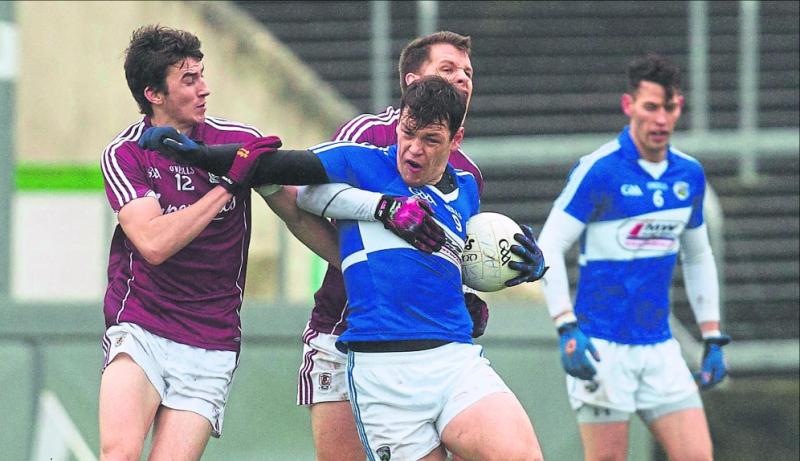 Laois manager Peter Creedon has been handed a massive injury blow ahead of this weekend's NFL opener with Louth, as John O'Loughlin looks likely to miss most of the campaign.

The St Brigid's man suffered a double-cheek fracture in a practice match with Clare last Friday night, and could be out for anything from eight to 12 weeks, depending on how well the injury heals.

O'Loughlin's loss means Laois will now be missing their two first-choice midfielders, with Brendan Quigley having already been sidelined. Mark Timmons is also a long-term absentee after his double hip surgery.

There is further bad news for Laois on the injury front, as Damien O'Connor, who missed the O'Byrne Cup because of a dead-leg, injured his collarbone in a game against Mayo, and will also miss a large chunk of the league.

Evan O'Carroll, who could have slotted into midfield in O'Loughlin's absence, is still around eight weeks away from a return to action following an ankle injury picked up with NUI Maynooth.

All those absentees rob Laois of some of their most experienced, and most physical, players ahead of a difficult Division 3 campaign, but the squad has at least been boosted by the return of Padraig McMahon, who rejoined the panel this month.

McMahon had retired from intercounty football midway through the league in 2015 due to work commitments, but his return is a massive boost for Laois.

They face Louth this Saturday night at 7pm in O'Moore Park. Louth come into the game looking to bounce back from a disappointing O'Byrne Cup final loss to Dublin's third string on Sunday.