Laois fall to heavy opening round loss against Louth 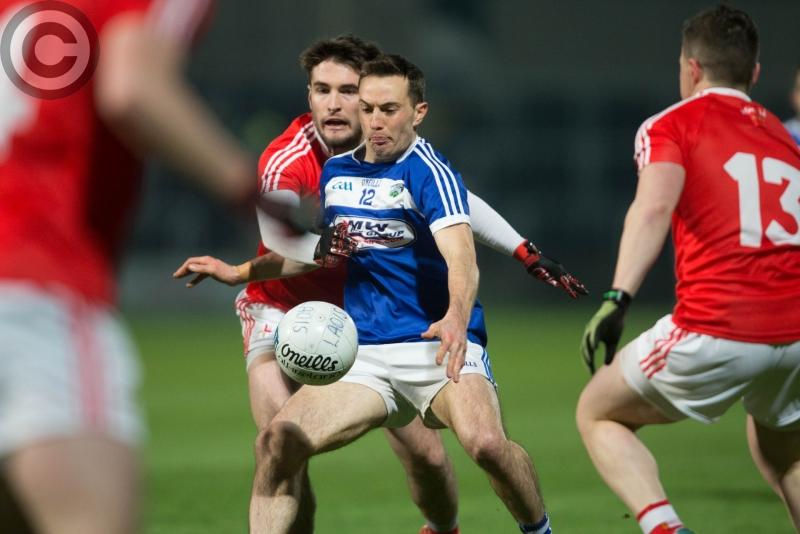 Niall Donoher on the attack for Laois against Louth. Pic: Alf Harvey

Laois fell to a disappointing opening round defeat in the Allianz NFL Division 3 on Saturay night in O'Moore Park, as Louth comfortably sealed a 12 point win.

Peter Creedon fielded an inexperienced side, and it ultimately told as Louth controlled proceedings for the majority of the game. Laois will be hoping to bounce back next Sunday when they face a tough trip to the Athletic Grounds to meet Armagh.

Laois looked enterprising early on, but three wides in four minutes denied them a positive start to the game. Louth took the lead with a point from Ryan Burns, and Donie Kingston quickly drew Laois level with a free.

That was as good as it got for Laois in the first half, as Louth took control after that. Goalkeeper Craig Lynch was excellent on his kickouts, finding free Louth men every time, and that allowed them to build attack after attack.

Paraic Smith pointed in the 11th minute, before adding another moments later following a fine save from Graham Brody. Louth were threatening a goal now, and Smith provided it when he ghosted through, rounded Graham Brody, and slotted home.

The visitors steadily built their lead after that, with Smith, Burns, Bevan Duffy and Andy McDonnell all hitting the target.
Laois were struggling to keep their heads above water, and were eight points down with less than half an hour played.

Thankfully they improved in the run up to half time, as Donie Kingston pointed a free and Stephen Attride landed one from distance. Kingston then had a sight at goal, but his shot flashed over the bar, as Louth lead 1-8 to 0-6 at half time.

Laois needed a strong start to the second half to have any chance of reeling in Louth, but it never materialised. The teams traded scores until Andy McDonnell was sent clear on the Laois goal, and he powered to the net.

There was no coming back from that for the home side, as Louth tagged on points late in the game to wrap up a comfortable win.