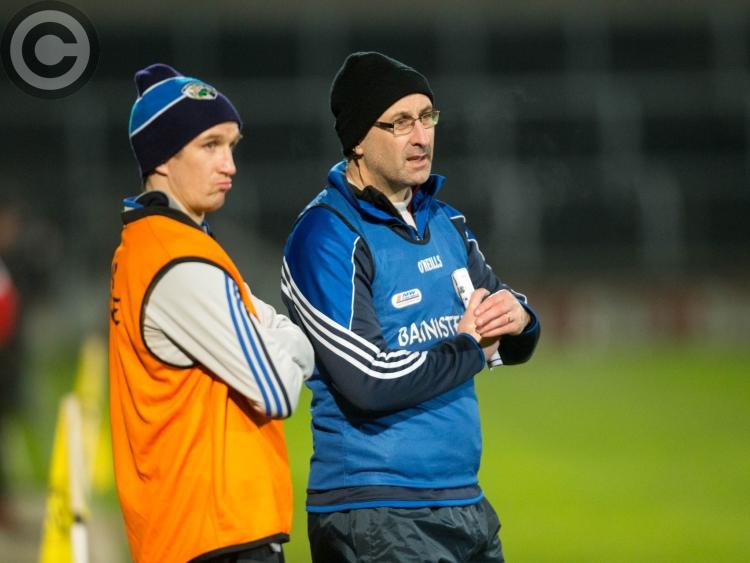 Laois manager Peter Creedon admitted his side will 'just have to take it on the chin' after they fell to an opening round defeat to Louth in O'Moore Park on Saturday night.

Twelve points separated the teams at the final whistle, as Laois were way off the pace of the game from start to finish.

Speaking afterwards, Creedon urged his players to regroup ahead of a tough trip to Armagh this Sunday. “I'm gutted for the players obviously, we felt there was a bit more in us, on the night there wasn't.

“No one died, we'll just have to take it on the chin, and you'd need a big chin for that one, but we'll get up and get going again on Tuesday night and Thursday night and see can we bring a performance to Armagh.”

The loss of so many players certainly hampered Laois, with the likes of Mark Timmons, John O'Loughlin, Brendan Quigley and Evan O'Carroll all out of action, but Creedon wasn't using that as an excuse. “We were missing players, but we knew that from a good few days out, so we had plenty of time to prepare the group that started, and the players that came on.

“We're just disappointed that we didn't get to the pitch of the game, we let Louth in for some easy scores, but that's the nature of it. The intercounty game is tough, you've got to be mentally strong, and we've got to be mentally strong now not to dwell too much on it, and maybe bring a renewed energy to Armagh next week, because we have two very tough games coming up in Armagh and Tipp, so this could be a dogfight yet.”

It was a baptism of fire for the handful of young players who made their debuts for Laois, and while it wasn't the result any of those players would have been hoping for, Creedon urged patience for those trying to find their feet at this level. “They are very good players.

Creedon had some good news on the injury front, however, with John O'Loughlin having an outside chance of making the Armagh game. “John might be ready for Armagh, he'll definitely be ready for Tipp, next week might be too early.

“Brendan is looking like after the Tipp game, realistically, this pretty much the group that we'll have until the fourth league game.”