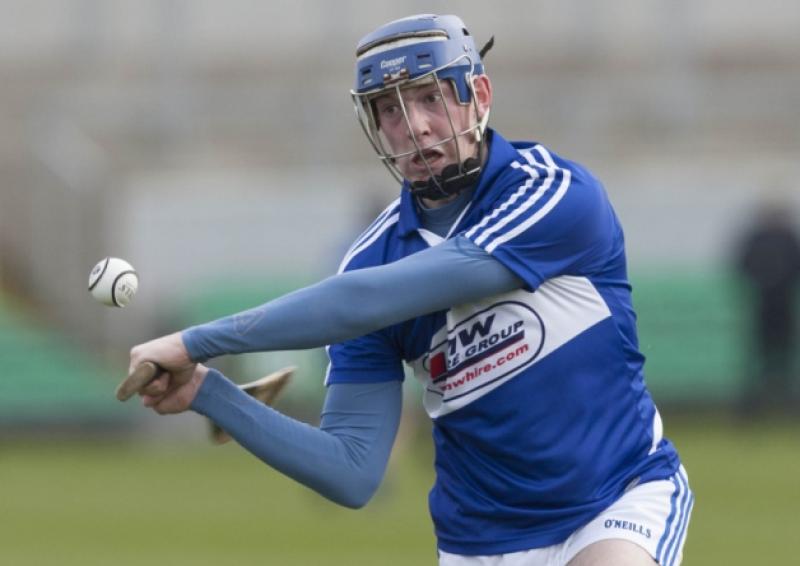 Laois will be hoping Picky Maher transfers his stellar form for IT Carlow into the upcoming games with Kerry and Offaly.

One of the toughest hurling league campaign's a Laois side has faced for some time will play out over the next two months, as Eamonn Kelly tries to steer his inexperienced charges to safety in NHL Division 1B.

And make no mistake about it, avoiding the drop fromf Division 1B would be a fantastic achievement. It might seem like the bar is being set fairly low, but expectations are all relative, and given where Laois find themselves at the moment, retaining their 1B status would be viewed as a success.

In the last two years alone, they have lost Joe Fitzpatrick, John A Delaney, James Walsh, Conor Dunne, Tommy Fitzgerald, Willie Hyland, Darren Maher, Brian Stapleton, Zane Keenan, Eoin Reilly and Cheddar Plunkett. If you go back to 2013, and the team which won the Division 2A title, only three of that starting team are still there - Matthew Whelan, Cahir Healy and Picky Maher.

It is a remarkable, and unfortunate, turnover of players and management. More pressing than all of that, however, is the loss of experience.

Laois are ultimately lacking in that department, with only two of the current squad, Healy and Whelan, around the age of 30. There is a huge gap after those two, and the majority of the rest of the panel are around the age of 23 or under. Laois are, in all likelihood, the youngest panel operating in intercounty hurling at the moment.

There is no substitute for experience, and the position Eamonn Kelly finds himself in as he prepares for his opening league game at the helm, is that he needs a new generation of leaders to step up to the mark.

Cha Dwyer showed flashes of his abilities in that regard last year, notably against Westmeath in the promotion/relegation playoff. He still has much to work on though, and the indiscipline which often rears its head in the league cannot surface any more. He is too important to Laois' hopes for him to be sat on the sidelines while he serves a suspension.

This year will be a huge one for Picky Maher too, who saw 2016 blighted by a series of niggling injuries. He has been in fine form for IT Carlow in the early part of this year, and he will have to improve again in a Laois jersey.

With the retirement of his club mate Willie Hyland, Laois need another go-to option on their own puck outs and Maher is the obvious choice. Big, strong and direct, he has all the tools to be the fulcrum around which the Laois attack rotates.

The other man Laois need a big year out of is Neil Foyle, who was returned to the more natural surrounds of full-forward in the Walsh Cup. He suffered last year with a lack of consistency in terms of selection, as he was tried in a number of different positions, but he has been around the county senior panel long enough to making himself undroppable in one position alone.

If Eamonn Kelly is prepared to give him a chance at full-forward, then he has to reward that faith and make the number fourteen jersey his own. With the wave of players who have left the Laois team in recent years, Foyle now finds himself as one of the senior panel members, so his performances will have to match his position.

At the back, Laois would not appear to have the same depth of options as they do in attack, particularly with Darren Maher opting off the panel a few weeks back. Eamonn Kelly's decision to experiment in the Walsh Cup could have solved one major conundrum for him though, and that is Leigh Bergin at full back.

Traditionally played on the wing, Bergin slotted in on the edge of the square and gave a series of accomplished displays. He has the size and strength to thrive in the position, but not yet the experience, and that's where he will find it tough. Laois' first game, against Kerry, will see him put under massive pressure as Kerry like to play a direct game, so he will have to be prepared for that.

Either side of him, if fitness allows it, it is likely that Cahir Healy and Dwane Palmer will fill the corner-back positions. Patrick Purcell spent the Walsh Cup at centre-back with some success, where his natural inclination to sweep up loose ball played to his advantage, although he will need to tighten up his marking.

Matthew Whelan could be slotted in at wing back, with Ryan Mullaney on the other side, in what would be a big, strong half back line, undoubtedly Laois' biggest line of the field.

Ben Conroy was a revelation at midfield in the Walsh Cup as well, and if he is retained in that position, Patrick Whelan, Picky Maher or Sean Downey could all join him.

Whatever configuration Laois settle on for the game with Kerry, the fifteen men who take to the field will have to be ready for an absolute battle. Laois' first two games are against Kerry and Offaly, in all likelihood their two main rivals for relegation, so their fate in Division 1B could be decided before they puck a ball in round three.

They simply have to start well, and after their performances against Kerry last year, they surely won't be lacking in motivation. There are changes to the promotion/relegation playoff this year too. Now if you finish in the bottom two, then you go to a playoff, with the loser going down. There is no longer the added safety net of meeting the Division 1A winners, so Laois have to, ideally, pick up at two wins their games against Kerry and Offaly.

If they are left facing into a three game run against Limerick, Galway and Wexford with two demoralising defeats under their belts, it could have a devastating impact on the rest of their season.

Lest we be accused of negativity, we will look forward to the game against Kerry with hope. It is a sign of the Kingdom's revival in recent years that they enter the game as firm favourites, regardless of what the bookies think. They have size, strength and experience, as well as some fabulous hurlers.

In a revival lead by Laois' current boss, Eamonn Kelly a few years ago, they have made themselves a competitive force once again. Twice last year they outclassed and outgunned Laois, so heading back to Tralee represents a very tough opener.

The good thing, however, is that it represents a great opportunity as well. This Laois side owe it to themselves to put in a big performance against Kerry, and it would do wonders for the confidence of everyone involved if they can produce it this Sunday. Laois might be young, but they are talented as well, and they have the ability to get the win.

New leaders need to emerge, there is no doubt about that, and it is in games like this that players will be given an opportunity to step up. Hopefully, for Laois, this young squad take that opportunity.