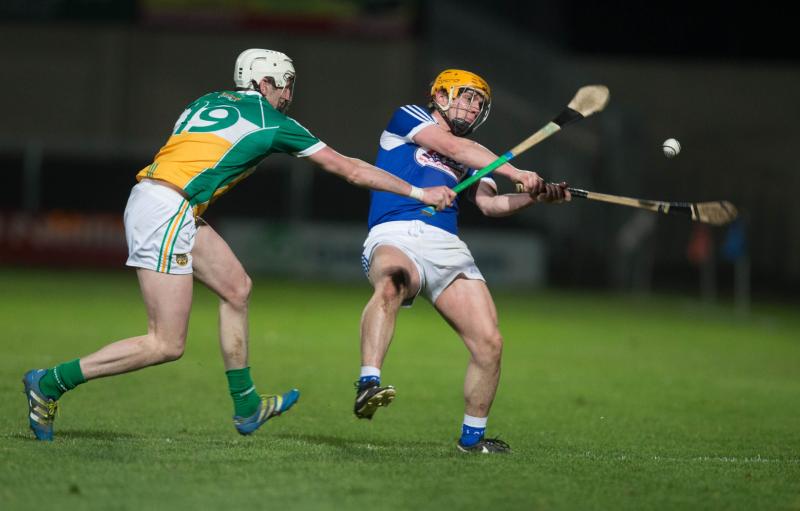 Laois bounced back from their second half collapse against Kerry to record an excellent six point win over Offaly on Saturday night.

Eamonn Kelly's young side fell five points down after six minutes, but were far the better team thereafter, with Offaly ending the game with 13 men, Sean Gardiner and Aidan Treacy sent off for them either side of half time.

Offaly raced out of the blocks, keen to get the loss to Galway out of their system, and they couldn't have started any better. Peter Geraghty pointed after two minutes, and then Oisín Kelly raced through an exposed Laois defence to shoot to the bottom corner.

Geraghty hit another moments later and Offaly lead by five with a little over five minutes gone. Laois looked to be in all sorts of trouble, but turned their fortunes around in the space of a minute. Picky Maher opened their account with a point from play, and Cha Dwyer added another seconds later. Then, a long ball was arrowed in to Neil Foyle, who caught it ahead of Conor Doughan, turned on his heel and ran at goal, rifling a shot past James Dempsey from 14 yards.

The set up a keenly contested first half, with fierce rivals going toe-to-toe for the next twenty minutes or so. Picky Maher found his range from placed balls and started to get Laois on the front foot, but Shane Dooley was having similar success at the other end. The teams were level on five separate occasions between the seventh and 27th minutes, but the home side surged ahead coming up to half time.

Willie Dunphy and Cha Dwyer scored two excellent points to build up some momentum, before a block from Neil Foyle allowed Dwyer to hit his third of the half. A couple of Maher frees then had Laois four ahead when Offaly's Sean Gardiner brought Cian Taylor's gallop forward to an unceremonious end, and he was shown a straight red card. Maher tapped over the resulting free.
Dooley got a point back from a free for Offaly, but it had been Laois's half, and they lead 1-12 to 1-8 at the interval.

The home side then hit three points in as many minutes on the restart to go seven in front, before Offaly went down to 13 men when Aidan Treacy was red-carded for an off-the-ball incident.

Offaly's goose was cooked at that stage, as Laois bossed the remainder of the half, with the visitors putting a better gloss on the scoreboard with a flurry of late points.