Sloppy first half costs Portlaoise in Towns Cup second round 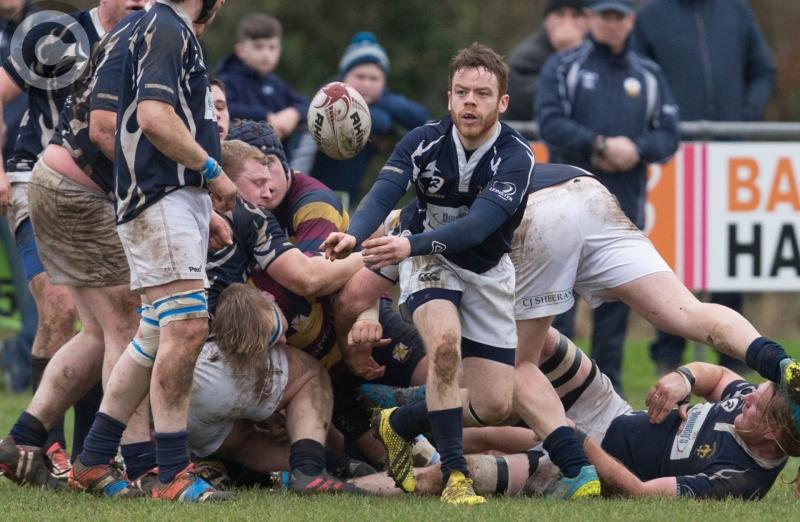 Portlaoise exited the Towns Cup on Sunday afternoon, as a sloppy first-half display ultimately cost them their chance of victory against Skerries in Togher.

The home side were much improved after half time, but they had left themselves with too much to do, and could have no complaints at the final whistle.

Portlaoise stood firm to relentless Skerries pressure during the first five minutes, but they eventually left a gap which Skerries winger David Goodman exploited, as he crossed the line for the opening try of the game. The conversion was nicely kicked from Billy Mulcahy to hand his side the dream start with less than ten minutes on the clock.

Portlaoise’s Logan Nicholson looked to be the one who could break the Skerries line early on, with an accurate punt downfield. He looked to be in, but his handling let him down and the chance went amiss.

Skerries further added to Portlaoise’s rough start with another try, this time Milo McCarthy was the try scorer. After a kick from Billy Mulcahy was met with yet another kick from Milo McCarthy, who latched on to his own ball, racing through and grabbing the second try of the game. Portlaoise heads were beginning to drop, and it looked like they would be in for a battering. The five yard conversion was put between the posts, as expected, and Skerries went fourteen to no score up.

Portlaoise could have done further damage when they conceded a penalty for being offside. Billy Mulcahy stepped up, but the task proved too difficult and the gap remained the same. Skerries, with the aid of the wind, were all over Portlaoise, and were looking to finish off the hosts in the first half. Conor Lennox then went over for the third try for Skerries, and the conversion was duly kicked over by Mulcahy, who was showing his quality.

Portlaoise had to dig deep just to get on the scoreboard, and Mark Sherlock drove through two challenges to score their first try and keep within touching distance of Skerries. The conversion was kicked over by Logan Nicholson, and Portlaoise went into the break with a lot of work to do, but still with some hope.

Portlaoise needed to be the first on the scoreboard at the start of the second half to lift the crowd, but instead Mulcahy extended the lead for Skerries with a penalty.

It got from bad to worse for Portlaoise, as they were reduced to fourteen men for ten minutes after a sin bin to William Sherlock, the referee deeming him to have been kneeling on a Skerries player whilst in the tackle.

This came at the wrong time for the home side, as they needed all fifteen players on the pitch to figure a way out to get back into the game. For the next ten minutes, a mixture of poor handling and solid defensive work from Skerries would mean Portlaoise couldn’t find a way back into this one.

A minute after William Sherlock returned from his sin bin, Portlaoise went straight back down to fourteen again when Harry Lalor received a yellow card. Things looked bleak for Portlaoise at this stage, but they refused to give up.

Nicholson, who had been kept quiet for large parts of the game, was to score Portlaoise’s second try, proving too quick for Skerries. If Portlaoise were to have any chance, the conversion was needed as Portlaoise could still draw the game with another try. However, any hope was dashed when Nicholson put the conversion wide to the right. Skerries would see out the remaining minute, and book their place in the last eight.