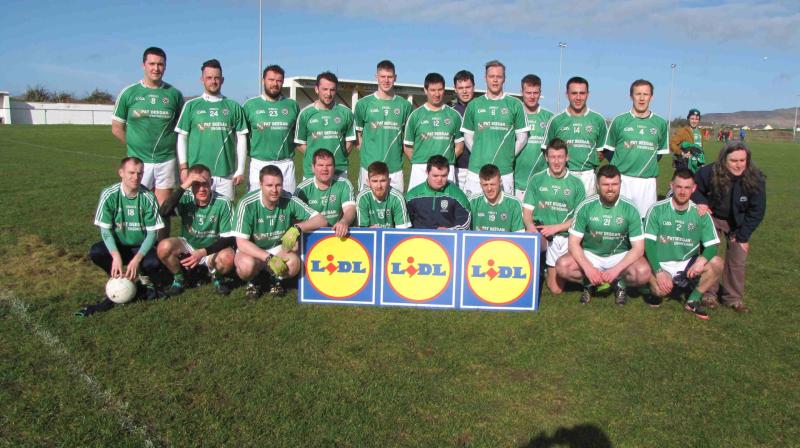 The famed adult ladies and men’s Gaelic Football tournament and festival took place across the Dingle Peninsula in Kerry. The competition was founded and run by many years by the late Kerry legend.

The Laois 2016 Senior Football Champions competed in an eight team senior men’s cup named after former Chief of Staff of the Irish Army Dermot Earley Senior against four Kerry sides as well as Newbridge Sarsfields, Glynn Barntown of Wexford and Dublin side Fingallians.

In the knockout competition the Stradbally put it up to the host club An Ghaeltacht - the home club of the Ó Sé clan.

Stradbally were three points ahead at half time, 1-6 to 0-6 but the West Kerry men, with former Kerry star Marc Ó Sé ;lining out at centre back, hit for an early second half goal followed by three unanswered points.

Although behind, Stradbally kept in touch right to the end but couldn’t quite bridge the gap losing by two points on a scoreline 1-15 to 1-13.

An Ghaeltacht went all the way to the final, beating Newbridge Sarsfields easily by 2-20 to 2-7 so it was a case of what might have been for the Laois men.

More 600 players took part in the competition which is now in its 28th year. Teams from 13 different counties, England and the United Arab Emirates took part in adult men’s and ladies cups across junior, intermediate and senior grades which took place in Tralee and various West Kerry GAA grounds over Saturday and Sunday.