Population boom has had 'detrimental' effect on Portarlington GAA 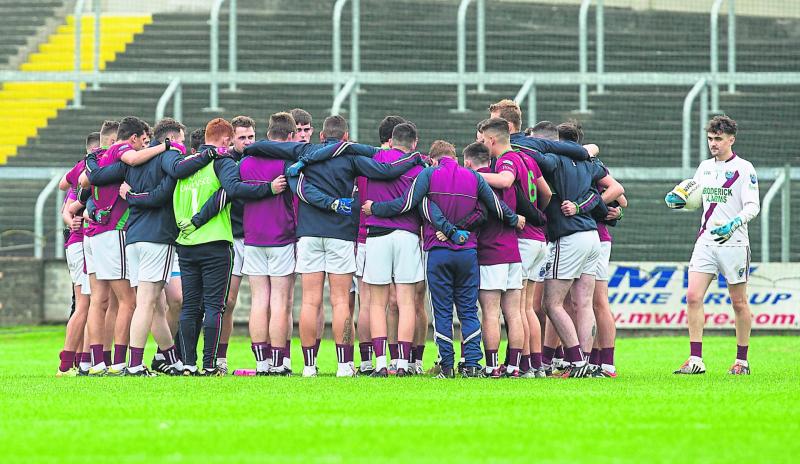 The booming population in Portarlington town has had a 'detrimental' effect on the local GAA club, last night's meeting of Laois County Board was informed.

The statement was made by Portarlington native Kieran Leavy, Assistant Treasurer to Laois GAA, in a wide ranging debate out youth participation in football and hurling around the county. He also felt that the loss of the Christian Brothers from various towns around Laois, including Portarlington, was having a knock-on effect on the county's competitiveness at underage level.

Rosenallis delegate Paul Maher had stated that Laois's population had risen from 50,000 a few years ago to roughly 84,000 at present, but this was not being reflected at juvenile level in the GAA.

Leavy responded to Maher's statement, saying that even though Portarlington is currently one of the fastest growing towns in Ireland, the local GAA club have not benefitted from the influx of people to the area. "The boom in population has had a detrimental effect on our town.

"Country teams are getting stronger in some places, but it's not the case in Portarlington. There are people coming down from Dublin, and they are playing different sports. Soccer in Portarlington is so strong at the moment, and they are moving to a summer season now too, the same as our juvenile season."

In response, Paul Maher queried whether the GAA was backing off and creating a vacuum.

"My opinion" replied Leavy, "is that if a young lad wants to go and play soccer, you tell him you don't want him any more. Lads might not agree with me, but we have to draw a line somewhere. There is a war coming, and if we don't draw down some battle lines we are going to lose players.

"Young players are told in soccer and rugby that they will be picked for Midlands or Leinster teams and it sounds great, but they are being forgotten about. The only ones looking after them are the GAA, no one can look after them as good as us."

Timahoe's Willie Ramsbottom countered Leavy's argument, saying the GAA "can't run them", referring to his statement about telling young players they are not wanted.

"You can't give them preference either Willie" replied Leavy. "You can't have them in the team if they are off playing soccer or something else. Portarlington has the biggest growing population in Ireland, but we have no extra players."

"The Christian Brothers backed the GAA the whole time, coaching after school, and that's gone from around here, no teachers are going to stay after school any more. But it's not gone from St Kieran's, or from Synge Street (in Dublin)."