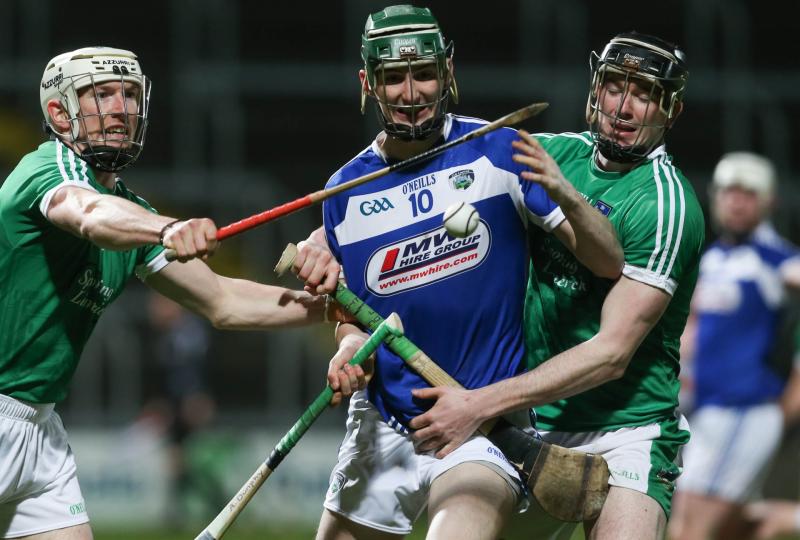 Laois senior hurlers slumped to a 29 point defeat at then hands of Limerick on Saturday night in O'Moore Park.

The game started at a frantic pace, with both teams sharing six points in five minutes, with Shane Dowling for Limerick and Aaron Dunphy for Laois getting two apiece.

The first goal of the game arrive after that, as the impressive Gearoid Hegarty set up Kyle Hayes in the area, and he made no mistake. Laois were coming under mounting pressure at this stage, but they hung onto Limerick's coat tails for the next few minutes. Points from Cha Dwyer and Aaron Dunphy had them still in contention at 1-7 to 0-6 after 18 minutes.

From that point on, however, Limerick went into overdrive. Hegarty was causing massive problems for the home side, and he set up Shane Dowling for Limerick's second goal.

With their tails up, Limerick wasted little time getting a third, Kyle Hayes cutting in from the left wing to find the bottom corner, and the game already looked over as a contest.

Cha Dwyer landed a couple of impressive points in reply for Laois, but at half time Limerick lead 3-14 to 0-10.

The opening stages of the second half were evenly contested, and Laois gave themselves a glimmer of hope when Neil Foyle was fouled for a penalty. Goalkeeper Enda Rowland came up to take it, and made the trip worthwhile when he found the bottom corner.

Whatever positivity Laois could take from that score was soon extinguished however, as Limerick hit back in ruthless fashion. Colin Ryan and Gearoid Hegarty fired to the net in quick succession, and the rest of the game became a procession towards a Limerick victory.

Laois rarely threatened after that, and Hegarty got Limerick's sixth goal with five minutes left.