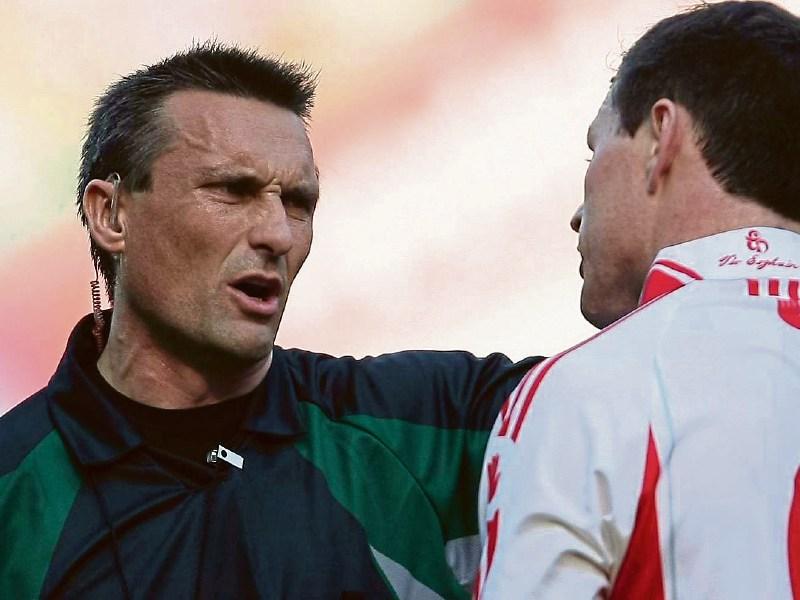 St Patrick's Day will mark another milestone in the career of one of Laois GAA's best known figures around Ireland.

At 5pm on Friday, March 17 Stradbally GAA club man Maurice Deegan will be the man throwing in the ball in what will be yet another All-Ireland Final for him in Croke Park.

The decorated Laois referee takes charges of this year's AIB All-Ireland Senior Club Gaelic Football Final. The game will be contested by Ulster hurling and football club champions Slaughtneil from Derry and one of the giants of Kerry football, Dr Crokes from Killarney who have Colm 'The Gooch' Cooper in their ranks.

The GAA's choice of Maurice for the big game proves again that he is one of the best refs in Gaelic Football.

Deegan was the man in the middle for last year's testy All-Ireland Football Final repaly between Dublin and Mayo. He previously took charge of the All Ireland Senior deciders in 2008 (Tyrone v Kerry) and 2012 (Donegal v Mayo) and was stand-by referee during last year's drawn decider.

Apart from many other big inter-county games, he has reffed countless matches at all levels in his native Laois but perhaps one of his most memorable days in the GAA came last year at a club football game when he was in the stands.

Maurice was one of many fans to invade the hallowed turf of O'Moore Park in Portlaoise to celebrate Stradbally's win in the Laois Senior Football Club Final in the process ending Portlaoise GAA's nine year grip.

To mark that achievement and perhaps, by coincidence, the ref's home parish in Laois is celebrating St Patrick's Day with a special GAA themed Parade. The Chairman of Laois GAA, Gerry Kavanagh, is also a Stradbally man.

It's not clear if Maurice was able to show a face at the parade ahead of the big game but he has plenty to do with the club at the moment in any case as it's membership time and he's the club registrar.

It's likely that a number of other locals will be with Maurice this week as umpires.

Best of luck in Croke Park Maurice from all in Co Laois.