Murphy to the four as Portlaoise AFC sweep Ballyfermot aside 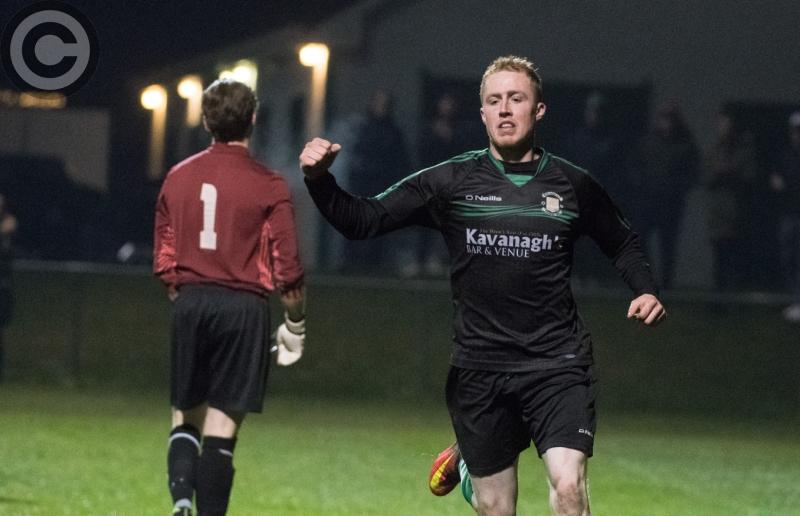 Portlaoise AFC first team recorded their biggest away win in two years on Sunday morning with a 5-0 win against Ballyfermot United, thanks mainly to four Jason Murphy goals, to bring his tally to 18 for the season.

Jody Dillon returned to the side with Emmanuel Okpara away, and he contributed strongly with a goal of his own and three assists to stun the home side. Ballyfermot had beaten Portlaoise twice last season but Portlaoise have gotten their revenge this season with nine goals scored in the two games in their push for promotion.

The home side started brightly but Mateusz Cwienk was alert on three occasions and saved well twice, before Portlaoise took the lead after 18 minutes. Martin Staunton won back a long clearance, played it to James Mullaney, who in turn passed to Jody Dillon. He then picked out Murphy, who chested the ball down and volleyed over Sean French for a superb opener.

Portlaoise went close on three occasions from Oisin Fitzpatrick and Jody Dillon, but finally went further ahead on 34 minutes. A quick throw from James Dermody set Dillon free, he beat his marker and crossed to Murphy. French did well to deny him first time, but Murphy was quickest to the rebound to make it 2-0.

Portlaoise continued to threaten the home defence and went further ahead just before the break. Fitzpatrick won the ball back and played inside to Paul Cahillane, he played a lovely reverse pass to Murphy and his first time cross was finished at the back post by Dillon for another great team goal.

On 54 minutes Portlaoise increased their lead, Eoghan White won the ball back under pressure and played long for Dillon to flick on to Murphy, he beat three players but was taken down inside the area and he dispatched the resultant penalty with ease to claim his hat trick.

Just after the hour mark it was 5-0, when Aaron Rafter did well to pressurise a home defender and Dermody crossed to the far post. Dillon then played Murphy in to tap home from close range.

Portlaoise continued to create chances and despite a couple of penalty claims they couldn’t add to their tally and went home with three points and a third clean sheet in a row.

Portlaoise host Hartstown/Huntstown FC on Wednesday 15th March as they look to continue their good run of form with eight games to go.