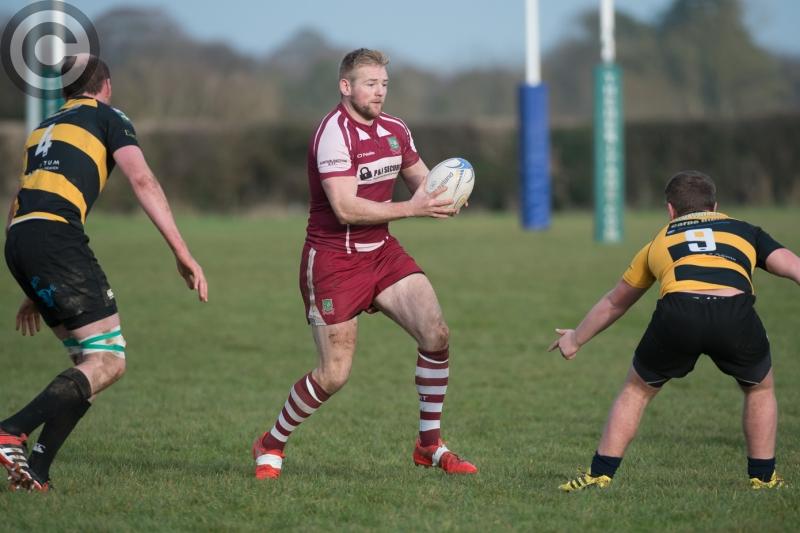 Ross Doyle was among the tries for Portarlington against Roscrea on Saturday night. Pic: Denis Byrne

Portarlington secured a bonus point victory in their penultimate game of the Leinster league away to Roscrea on Sunday.

They have been forced to play their final game this Tuesday night against Newbridge in Rosetown, where the winner will secure their Division 2A status for next season. The club is going on tour to Lisbon from Thursday to Sunday and were left with no option only to play Tuesday, while Newbridge had no game at the weekend.

The bonus point was secured before half time with tries from Armand Smit, Ross Doyle , Joander Brazon and Chris McCormack. A lot of changes followed and Roscrea got over for a quick try.

All roads lead to Newbridge on Tuesday and the Port lads will hope to build on their recent good form and secure Division 2A status for next year.