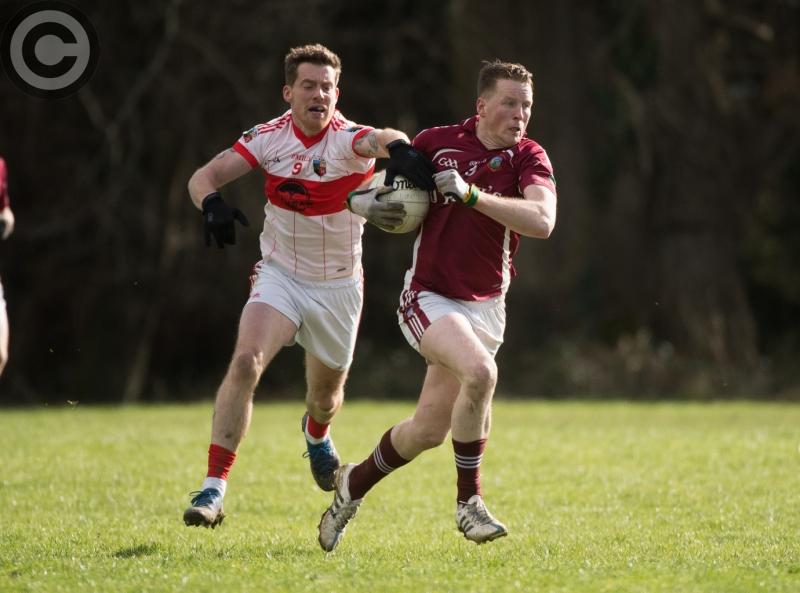 After the disappointment of his red card against Sligo last week, Kevin Meaney influenced Sunday's ACFL Division 1B clash with Emo in a more positive manner as he scored two second half goals to earn Arles-Kilcruise a point.

Arles Kilcruise started the brighter, with Ross Munnelly opening the scoring after playing a one-two with Meaney. This was followed with their second through Liam Whelan. Emo then hit back with their first scores, a goal and a point. The point came from Cian Langford, and Padraig Kirwan netted the goal after good running from David Gorman set him up, and he fisted home.

Kilcruise replied with a second Ross Munnelly point, but Emo fired further in front with four points without reply. Points by Darren Strong and Paul Lawlor were sandwiched between two from wing back Shane Murphy, as Emo went five points to the good.

A Munnelly free was met with Cian Langford and Darren Strong points, as Emo looked well on top. However, Arles Kilcruise managed to finish the half strongly to keep in touch with the hosts. A fisted point from Alan McLoughlin was followed with scores Chris Conway (free) and Munnelly, and the gap at the interval was only three.

Emo began the second half with a goal chance, but Nigel Murphy was unable to apply the finishing touches. Jason McLoughlin grabbed the opening point of the half for Arles Kilcruise, but again Emo responded in similar fashion with scores from Paul Lawlor (free), Nigel Murphy and Strong.

Arles Kilcruise had fallen five points behind now, and as the game entered the last ten minutes Emo looked like they had done enough. However, Meaney popped up with a goal to put them right back into the game. The goal came from a lot of quick handpassing in Emo’s square. The chance looked to have been squandered, but Meaney took responsibility and finished the ball into the back of the net.

A few minutes later, Meaney popped up with a second goal, as Arles Kilcruise took the lead for the first time in the game since the second minute. Munnelly saw his free drop short and into the square, but Meaney was the quickest to react, as he used his height to blast the ball past a helpless David Whelan.

Emo looked shook, but Darren Strong managed to keep his composure and place over an injury time free to share the spoils.