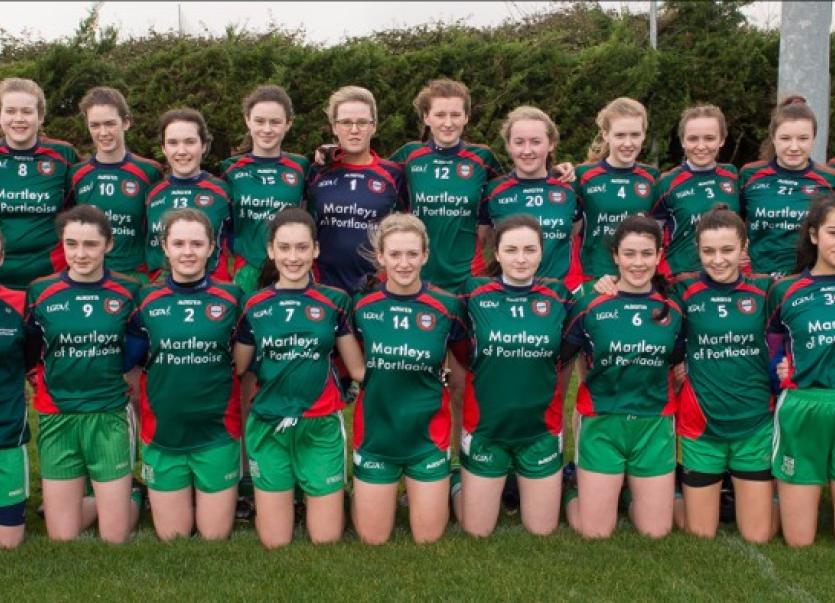 There was more All-Ireland semi-final heartbreak for Scoil Chríost Rí on Tuesday, as their Junior team lost out to Loreto Cavan in St Loman's, Mullingar.

Scoil Chríost Rí had gotten off to a brilliant start, running up a seven point lead after 17 minutes, but credit must go to Loreto Cavan, who were the better side from then on. They managed to blunt the influence of Chríost Rí's most influential players, and finished strong to claim the win.

Chríost Rí were also left to rue an injury to midfielder Alice Dunne, which robbed them of one of their best players, and her experience and ability were certainly missed on the day.

It is a disappointing end to the year for the Portlaoise girls, but they can look back on a season which has garnered them Leinster Senior and Junior 'A' titles, and they will almost certainly be back contesting finals next year.

They couldn't have asked for a better start here, as they raced into an early lead. Emma Lawlor pointed twice in the opening two minutes to put them on the front foot, and Cavan rarely threatened at this stage.

After eight scoreless minutes, Scoil Chríost Ri kicked back into gear again, when Emma Lawlor got her third of the game. Sarah Larkin added another seconds later, and then an Erone Fitzpatrick free had them five clear.

Loreto were struggling to get out of their own half, and Chríost Rí, while unable to fashion any good goalscoring chances, picked off two more points. Fitzpatrick (free) and Jenny O'Connor Murphy had them 0-7 to 0-0 ahead after 17 minutes.

Cavan finally came to life after that, when captain Lauren McVeety pointed a free, and they started to open up the Chríost Rí defence after that. Áine Reilly had a goal chance saved before they finally raised a green flag. Aimee Keane made a brilliant save to deny Niamh Keenaghan from close range, but Keenaghan fired home the rebound.

Erone Fitzpatrick got a point back for Portlaoise soon after, but a Muireann Cusack point for Cavan left three in it at half time, 0-8 to 1-2.

After a lacklustre end to the first half, Scoil Chríost Rí needed a strong start to the second to kickstart their challenge once again, and that's exactly what they did.

Fitzpatrick (free) and Lawlor pointed inside four minutes, and they were back on top. Remarkably, however, they would only score once more before the end, as Loreto Cavan took a stranglehold on the game, particularly around midfield.

They slowly but surely ate away at the Portlaoise lead, and when Niamh Keenaghan got their second goal with ten minutes to go, Chríost Rí were in all sorts of trouble.

As ever with them, they battle fiercely for the remainder of the game, but they just couldn't find a way through a resolute Loreto Cavan defence, and the Ulster champions eventually ran out five point winners.