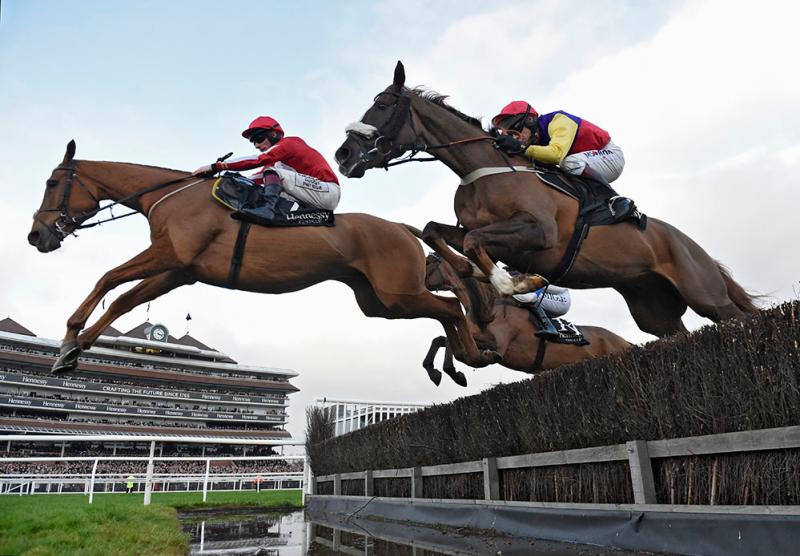 County Laois has a little known connection to Native River, one of the leading fancies for the 2017 Cheltenham Gold Cup today, March 17. Native River's mother, Native Mo, was actually bred in Bordwell Clough, Ballacolla, Co. Laois by Tom Bowe. Bowe bred the mare in Laois in the 1990s, and sold her at the Goff's sales in 1997 as a yearling.

The Racing Post reported Native Mo's story this week, and she was actually sold at that sales event for just £3,000 to George Lane. He very quickly sold her to his Fred Mackey and his wife Maureen, who Native Mo, was eventually named after in honour of her sire, Be My Native.

Fred Mackey took her back to his premises in Co. Down where he planned to put her into action as a point-to-pointer. However, the mare managed to injure herself by crashing into a gate at Mackey's yard, and so training her was then out of the question. The Laois bred mare was then utilised as a breeding mare herself, and Mackey told the Racing Post recently, "I have never had a mare who could walk like this one - she had such a beautiful stride and it was a pity that she couldn't race, but we were lucky to save her."

Save her they did and Mackey's love of French breeding saw him send Native Mo to Paddy Byrne's Park House Stud in County Carlow to be covered by Indian River, and "they clicked," Fred said.

The subsequent foal turned out to be Timico Gold Cup market leader Native River who is a beautiful looking horse with his  burnished amber coat, white blaze and four white socks. Native River eventually went through the Fairyhouse sales ring in November 2010, selling for just €6,000. Denis Ahern trained him for his point-to-point debut here before three years ago to the day of the 2017 Gold Cup, he was purchased by the Tizzards.

Native River took to the track in England in 2014 and has won nine times since, including his last three starts over fences. He won the Welsh National over Christmas and heads a strong hand for Colin Tizzard, who also saddles Cue Card in the big race. If Native River wins on Friday, Laois will have something to toast - his now 21-year old Laois-bred mammy!