Sloppy first half costs Laois as they lose out to Westmeath 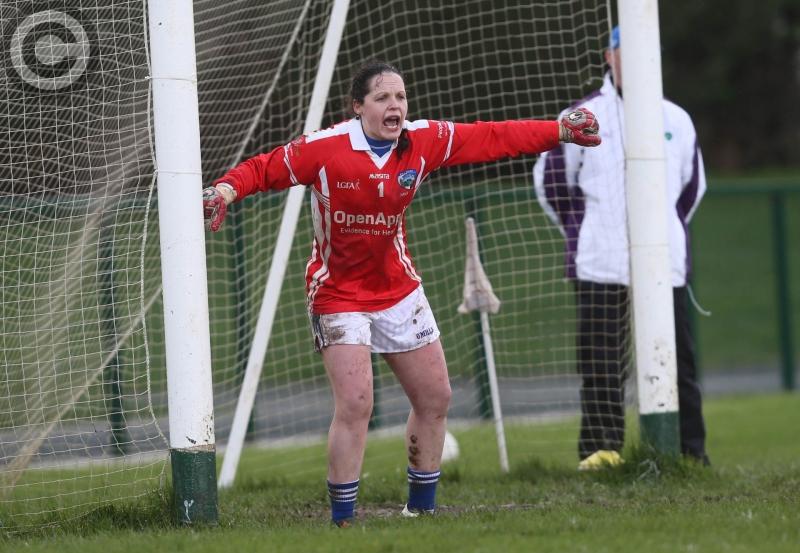 Laois Ladies footballers suffered on the back of a poor first half performance, as they lost out to Westmeath in Stradbally on Sunday.

Laois trailed by eight points at the interval, and although a goal in the second half from substitute Emma Lawlor looked to spark the hosts to life, Westmeath expertly saw the game out to keep their promotion ambitions alive.

Laois began the brighter with the opening point coming from, unsurprisingly, the boot of in-form Mo Nerney. The centre forward had scored an impressive haul of 0-8 last day out against Sligo, so all eyes were on her for Laois’s scores.

Westmeath went in front for the first time in the match through Archibald (free), and they wouldn’t relinquish their advantage for the rest of the game. Laois had the first goal chance of the match when the fast and skilful Caoimhe Simms ran through the heart of the Westmeath defence, but her shot was well smothered by goalkeeper Karen Walsh. Westmeath went up the other end of the pitch and punished Laois with another point from the boot of Archibald.

Archibald was Westmeath’s only scorer during the first fifteen minutes, and she added a fifth point to her ever growing tally soon after. Westmeath midfielder Maud Annie Foley finally changed that with a point that would stretch Westmeath’s lead to four.

Laura Nerney placed over a free to reduce the gap, but this would be Laois’s last score of the half, as Westmeath shifted up a gear. A score from centre forward Lucy McCarton began the ten minute onslaught, with an Archibald free following straight after.

Laois were really struggling to win any of their own kick outs, and they were playing their own part in their downfall. In fairness to them, there was a decent enough breeze in front of them for most of the half. Scores from Lucy McCarton and two from Ciara Blundell rounded off an impressive half from the away side.

Laois made one change at the break, Noirin Kirwan came on in place of Meaghan Dunne, and this change looked to be the correct one, with Noirin Kirwan grabbing three points in the second half.

Westmeath’s first goal opportunity was presented to midfielder Karen McDermott. She was played in after some patient and good build up play. However, Laois were let off the hook, with the midfielder firing wayward.

Points from Rachel Williams and Noirin Kirwan meant Laois reduced the gap to six, but the brilliant Archibald fired immediately back with a point of her own.

The sides traded scores through Erone Fitzpatrick of Laois and Archibald, but Laois would hit their best patch in the game during the next ten minutes or so, scoring 1-3 without reply. A free was put over the black spot by Noirin Kirwan, and the only goal of the game came through substitute Emma Lawlor.

A good run up the field by Caoimhe Simms was the start of the build up, as she handpassed to Eva Galvin. The wing forward played a super long ball into the hands of the corner forward, and Emma Lawlor expertly caught it and finished coolly to round off a great team move.

Laois had now found a path back into the game, and had all the momentum. Scores from Nerney and Noirin Kirwan put the minimum between the sides. However, Westmeath found a big score through Archibald, and managed to hang on for victory.