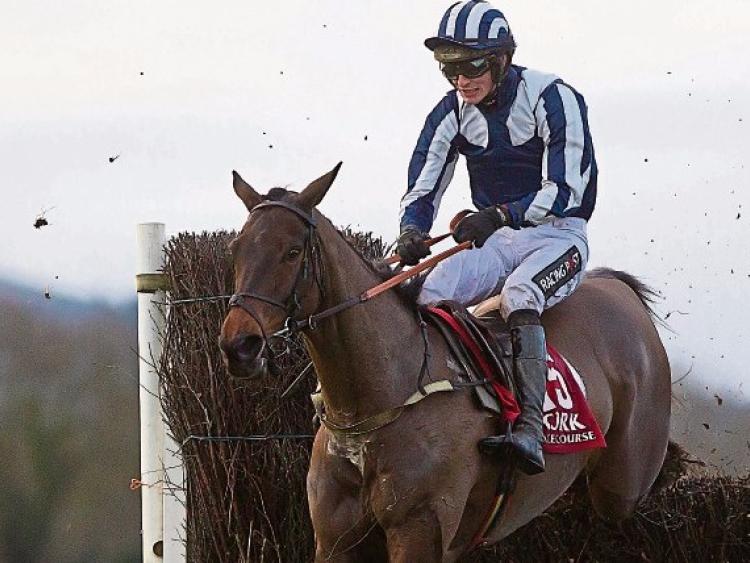 The 14:50 race could be a two-horse race between KOLUMBUS (7/4) and COEUR JOYEUX(6/4). KOLUMBUS' best form came over Christmas when he came second to stablemate BACARDYS at Leopardstown. However, his form since then, while being solid, hasn't been exceptional, and he's struggled to get his head in front. He's been second on his last three starts, including behind MORGAN last time out. He's hard to win with and therefore the vote goes with Sandra Hughes' COEUR JOYEUX, even at the short enough price. He too ran well at Leopardstown over Christmas, splitting BATTLEFORD (1st) and NEW TO THIS TOWN (3rd), both highly rated sorts, on yielding ground. Before that, he was 13 lengths behind MONALEE, and that one ran really well to be second in the Albert Bartlett at Cheltenham. Before that, he beat THE STORYTELLER, who was widely fancied, before being withdrawn, for the Cheltenham festival. The break since December will not be an inconvenience and he should handle the ground. JIMMY BREEKIE (5/1) is the other danger based on his latest effort to be second behind NEVER OFF DUTY at Naas.

The beginner's chase at 16:35 is a competitive heat where CREST for the all-conquering Gordon Elliott yard will have plenty of supporters at the trainer's home track. He was second behind BRIGHT TOMORROW of Jessica Harrington's recently, but that one was largely inconsistent prior to that. Therefore, a risk is taken on ARTESONE (14/1) for Ted Walsh. Ted is a shrewd operator and this one is switching to fences for the first time, having been campaigned over hurdles to this point. He won one race and made the first three home in four other efforts from 12 hurdles starts. He ran well to be just seven lengths behind THAT'S A WRAP in November. That rival won a few times since, and ran exceptionally to be second to eventual Cheltenham winner PRESENTING PERCY at Fairyhouse in February. Ted Walsh would not send one over the larger obstacles if he wasn't up to it, and this one's best hurdle form makes him very competitive if he takes to chasing.

It is worth taking the 15/8 about for Willie Mullins' excellently named REDHOTFILLYPEPPERS in the last at Navan on Saturday. The 17:40 is a two-mile flat race for mares and she should regain the winning habit. She was more than impressive in her first appearance on an Irish racetrack when winning at Punchestown in December. She was fancied and subsequently disappointing when brought over to Sandown in mid-March. She went out too hard that day and her sixth place finish is not as bad as it looks on the face of it. I fully expect her to get back on a winning thread, while CRACKERDANCER and SHIMMER'S ROCK are interesting rivals for her on Saturday. PENNY JANE is a well-bred one for Gordon Elliott but will be getting her first taste of a racetrack in fairly testing conditions and will more than likely come on for the run.

The 14:20 Grade 2 Normans Grove Chase is a good race at Fairyhouse on Sunday, attracting all the top yards. Gordon Elliott has the pick of them in my book with BALL D'ARC (7/4), while Willie Mullins' threat is headed by BALLYCASEY (5/2). BALL D'ARC has been steadily improving this term, winning on his last three outings. The pick of those was when he slammed eventual Cheltenham scorer TULLY EAST by 19 lengths at Navan in February. BALLYCASEY was advised by the Punter's Eye when he landed the odds at Gowran in February, accounting for the likes of MOZOLTOV and CLARCAM. He is ten years old, and although he certainly hasn't won his last race for Mullins and Walsh, I think he's up against it with the six-year-old BALL D'ARC here. NEARLY NAMA'D has been rejuvenated recently, and although a good second behind A TOI PHIL in March, I don't think he is quite up to getting involved here. 12-year-old FLEMENSTAR is a fading star at best, while THE GAME CHANGER can get involved for the place money.

There are plenty with chances in the 16:05, not least of which is the favourite, INVITATION ONLY (7/4) for Willie Mullins. He won four on the bounce before being beaten by DEATH DUTY in December, but that rival let himself down at Cheltenham having been widely tipped as Gordon Elliott's best of the week at Prestbury Park. ANY SECOND NOW skipped Cheltenham and also disappointed when fancied at Naas in February, going down by eight lengths to FORGE MEADOW. The two I like each-way here are LE MARTALIN (8/1) and RUNFORDAVE (8/1). The vote tentatively goes for LE MARTALIN who, unlike RUNFORDAVE, didn't have a race at Cheltenham. Horses can often come out of Cheltenham tired and this may come too soon for some of them. LE MARTALIN was 16 lengths behind SATURNAS at Leopardstown over Christmas, but before that ran very well behind the Supreme winner LABAIK and AIRLIE BEACH. The four-length loss to LABAIK looks particularly good given the nature of that one's win at Cheltenham, and with Bryan Cooper aboard, he could outrun his odds for Noel Meade.