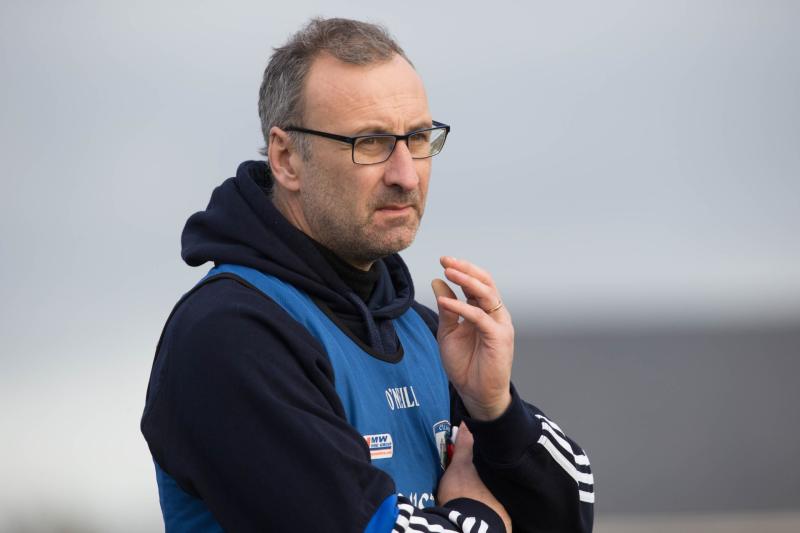 Laois manager Peter Creedon said his side will have to 'circle the wagons' after they suffered relegation to Division 4 of the NFL on Sunday afternoon.

It is the second successive season Laois have been relegated, and a visibly disappointed Creedon admitted his side have a lot to work on ahead of the championship.

“It's a double relegation now, from 2 to 3, and from 3 to 4” noted Creedon after the game. “It seems to be a pattern that teams seem to freefall quite quickly and then bounce up. You have Louth from 4 to 3 to 2, you have Kildare going up, Westmeath went all the way down and are coming back up again.

“It's not what we are looking for, and there were many aspects of our play in the first half today which probably let us down again, but we have to circle the wagons and get ready for Longford in a few weeks time.”

The two things which have affected Laois repeatedly in this campaign - poor defending and poor discipline - were again to the fore here, and it was particularly frustrating for Creedon after they had worked to curb both in training. “We had been working on that (defending) in training, trying to stop the runners and get our bodies in the way and tackle, but they got through for three goals, but we got in for four, we got 4-11 I think, but we have to tighten up defensively, we know that. There is work to be done, as simple as that.”

Kevin Meaney picked up his second yellow card in four games, and Laois ended with 14 men for the fourth game in a row. The former Tipperary manager was particularly upset about that. “Kevin's sending off today was unacceptable in the context of the game, that's something we have to look at.

“We were about to bring him off just before the incident, we were bringing Danny Luttrell in for Kevin at that particular time, but we didn't get that opportunity.”