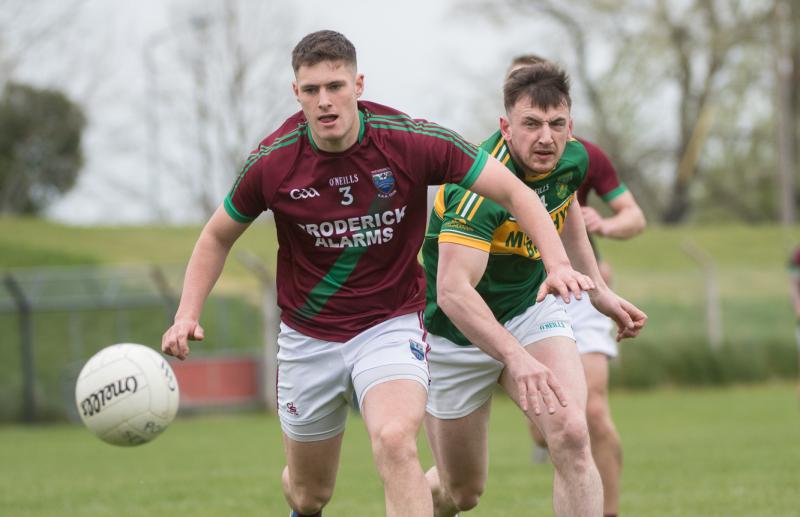 Colm Murphy put in a five star performance to help his side overcome Ballylinan at McCann Park last Sunday.

The hosts were eleven points to the good at the end of the first half, but some pinpoint Gary Walsh free-taking restored some respect for Ballylinan, as they lost out by five in the end.

Murphy fired over his first point in the opening stages of the game, and immediately followed this up with his and his side’s first goal. With a considerable slice of luck, his shot deflected off a Ballylinan defender and past the powerless Cian O’Dea.

He followed this up with his second point from play minutes later. Gary Walsh finally got Ballylinan on the scoreboard with a point from a placed ball, but Murphy responded at the other end with two frees of his own.

Steven Lyons got his name on the score sheet with a well taken point, before Murphy netted his second just fifteen minutes in. A neat ball from Curtis Lyons was played into Murphy, who exchanged a quick give-and-go with Graham Weldon and finished low into the corner.

Ballylinan then received another monstrous blow when Alan Farrell was black carded for a high tackle. Gary Walsh continued his good free taking adding on two more points, but he was matched by Murphy, who had now a personal tally of 2-7 in the first half alone.

Ballylinan began the brighter in the second half with a Larry Kealy score, and they needed to push on, but Portarlington responded coolly through Graham Weldon and a splendid Sean Byrne point. Walsh and Murphy again traded frees at opposite ends of the pitch, before Ballylinan had their first goal opportunity of the match.

A long ball from Walsh found Ciaran Farrell, who turned his man inside out, but saw his shot rattle off the bar and out to safety. Two more Walsh frees were matched with a Murphy free and a Robert Pigott point from wing back.

Ballylinan dug deep to try and get themselves back into the game, and to their credit they scored 0-6 without reply, with four Walsh frees and scores from Richie Ryan and Jamie Farrell. However, they were unable to find a path to goal, and that meant Portarlington picked up the two points on offer.