Battling Laois lose out to Dublin in Leinster MHC 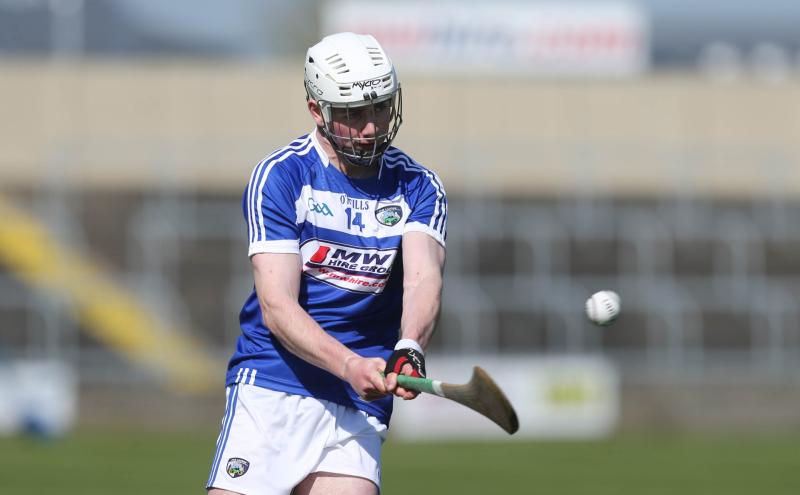 It proved a disappointing conclusion to events for Laois last Saturday afternoon as they narrowly succumbed to holders Dublin by three points in their Electric Ireland Leinster Minor Hurling Championship Round 2 encounter in Parnell Park.

The visitors enjoyed a slender lead entering the final ten minutes and after the Dubs were reduced to fourteen men after the dismissal of wing-back Kevin Burke, hopes were high for Laois that they could build on their excellent win over Offaly the previous weekend.

However, Dublin regrouped impressively after that particular setback with Sean Currie proving their match-winner by firing three late points to secure his side’s progression to the last four.

Despite the natural disappointment that greeted the final whistle, there was plenty for Laois to take from an encounter in which they recovered well from a sloppy opening in which they fell four points behind inside four minutes.

After Currie had fired over an excellent point inside fifty seconds, Dublin were buoyed further in the 4th minute as Kevin Desmond swept home past Cathal Dunne after Liam Murphy had prompted hesitancy in the away defence.

With a stiff breeze at their backs, Laois gradually found their collective feet with Ryan Murphy and Padraig Delaney especially prominent across their half-back line and they opened their own account through a 6th minute free by Oisin Bennett.

Bennett was to prove a handful for the Dublin defence all afternoon and his influence only really waned towards the end as Laois struggled in the possession stakes with fatigue an issue by the final whistle.

The holders replied to Bennett’s free through points from Murphy and Eoghan O’Neill but Dublin's momentum stalled from that point with Laois scoring a goal of their own in the 16th minute as Bennett found the roof of the net from Daniel Comerford's clever cross-field ball.

Delaney and Emmet Allen traded scores as the half progressed but the visitors finished the half in the ascendancy as Bennett added two points to accompany a fine James Keyes score as Laois entered the break with a narrow 1-6 to 1-5 lead.

When Bennett added a sublime solo point from under the stand within four minutes of the restart, Dublin’s response lacked clarity as they struck nine wides in as many minutes to undermine their control in terms of possession.

However, Currie managed to fire over two points to bring the sides level by the 44th minute and although Bennett restored Laois’ advantage seven minutes later, the supply into attack had dried up significantly.

Burke’s second booking should have inconvenienced the hosts but it was Laois that struggled from that point as Currie’s late salvo and an insurance score from substitute Jason Byrne effectively settled the issue.