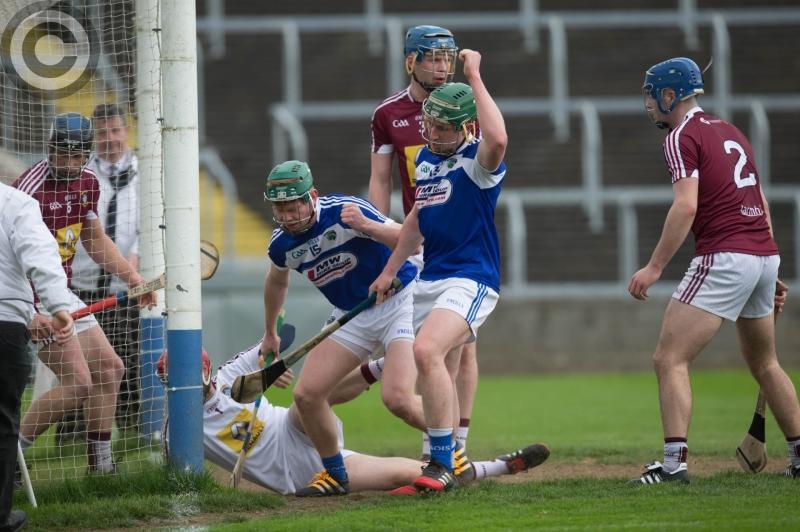 Laois withstood a late barrage from Westmeath to claim a three point win in the opening round of the Leinster Round Robin series.

Leading by eight points with eight minutes to go, they were scrambling to hold on in the end, as two Westmeath goals in injury time set up a frantic finale.

Laois opened the scoring for the first half with less than a minute on the clock, as Willie Dunphy fired over from the left wing. Westmeath responded strongly, hitting three points in a row to take the early initiative, the pick of them from Niall Mitchell.

Instead of setting the tone for a keenly contested first-half, but in truth the opening half descended into a thoroughly disappointing affair, with poor shooting a recurring theme.

Ross King pointed a free to get Laois back within one, but Niall Mitchell quickly responded for Westmeath. The visitors to O'Moore Park were looking the more threatening of the two sides, but Cha Dwyer and King (free) managed to haul Laois back on level terms at 0-4 each after 17 minutes.

Paul Greville edged Westmeath back in front before a long range free from King dropped short and wasn't dealt with by the Westmeath defence, and Paddy Whelan stole in tap home from close range.

Laois now lead 1-4 to 0-5, but again Westmeath responded really well, hitting the next four points without reply to lead 0-9 to 1-4 with just five minutes to go to half time.

Laois were racking up the wides (they had nine by the interval), but they found a bit of form to haul themselves level before the half time whistle. Picky Maher hit two excellent points at the teams went to the dressing rooms tied at 1-8 to 0-11.

The home side took control of the game in the second half, and a run of eight points in a row appeared to see them safely over the line.

However, a goal from Robbie Greville set up a grandstand finish, as points from Ross King and Aaron Dunphy kept Laois in front. Eoin Price then got a second for Westmeath, but a late King free saw the home side over the line in the end.