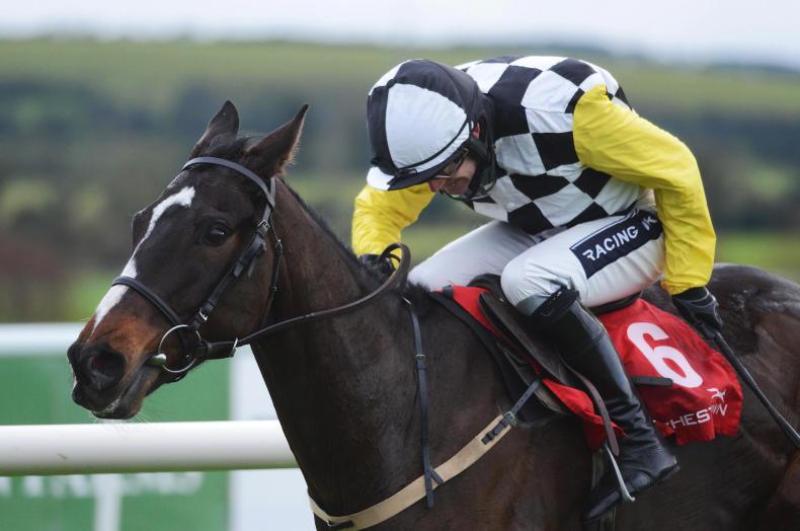 A tricky little handicap hurdle where it might be worth picking something from the bottom end of the weights. With that in mind, we're going for OLD CASTLETOWN (14/1), trained by Ted Walsh. Ruby takes the ride and the ground staying fairly dry is good news for this one. He carries just 10st 7lbs, and despite not winning since August, he is consistent and can get involved here. His fourth at Clonmel in October represents good form as he came in behind the likes of TISAMYSTERY and LIP SERVICE on good ground. Before that he ran well at Punchestown, coming in just five lengths behind MAGNA CARTOR. LA VAGABOND is another to consider for Edward O'Grady. He's been campaigning at a good level on the flat and won over hurdles last May. The ground will be right up his street and he certainly has the ability to figure.

TULLY EAST (4/1) will be popular here given the manner in which he carried a big weight to victory in a competitive handicap chase over a longer trip at Cheltenham last month. The seven-year-old stepped up on his previous form to land that prize and won't be troubled by the drop in trip here. However, Jessica Harrington seems to have a strong hand and DON'T TOUCH IT (5/1) could be the best of her runners. He was second to the progressive HURRICANE BEN last time, but carried seven pounds more than the winner that day. His run before that was particularly eye-catching. He split GREAT FIELD and WOODLAND OPERA over two miles at Leopardstown. Willie Mullins' GREAT FIELD is a hugely exciting chaser, while WOODLAND OPERA also came out since and slammed good rivals by eight lengths at Fairyhouse. He's won on good ground before, but the little bit of yielding in it will be a help, and with Mark Walsh on board, he should be very competitive. MR FIFTYONE, although hugely disappointing last time out, loves Punchestown and could prove to be a good each-way option with Robbie Power taking the ride. HURRICANE BEN and POTTERS POINT are other recent winners who could get involved.

Enda Bolger often dominates these events and he has another live one here in the shape of CANTLOW (10/11). He was third behind CAUSE OF CAUSES in the Cheltenham equivalent and on that form, sets a strong standard. However, in a race with awkward obstacles and a marathon trip, odds of 10/11 are quite off-putting. It may pay to go with an each-way option and BUDDY BOLERO (20/1) is the type to be suited by mammoth trips. He's switched yards a couple of times in recent years, but is back with Tony Martin now and could yet experience a revival. His best form has come on heavy ground, but he did finish third behind THE PACKAGE in the Kim Muir at the 2015 Cheltenham festival on good ground. A cross country event may be up his street, and a chance is taken on him running into the money in a small field. CANTLOW should be a cut above these, but anything can happen in a cross country event, and if he stumbles or gets brought down, there's little to choose between any of the others.

A thoroughly competitive renewal of this race where UNOWHATIMEANHARRY (5/1) will be hoping to get back to winning ways after his first defeat for Harry Fry at Cheltenham. NICHOLS CANYON (9/4) pulled off a bit of a shock in the World Hurdle last month when he stormed up the hill and got the better of the argument with Fry's star and LIL ROCKERFELLER (8/1). UNOWHATIMEANHARRY will want some serious rain to get into the ground at Punchestown, but such is his class, he has won on most surfaces to date. However, softer ground certainly brings out the best in him, and NICHOLS CANYON can get the better of him once more. He is unbeaten at Punchestown and in the past has beaten the likes of FAUGHEEN at this festival. He's seriously high-class and showed he was back to his best last month. 9/4 is quite short but any gamble on the others would see that eased, and it could still represent a shrewd bet. The one that's interesting, but as yet untested at this level, is SUTTON PLACE for Gordon Elliott. He has won six on the spin since January 2016, including a wide margin seven-length success over Cheltenham scorer SUPASUNDAE in Naas earlier this year. This could shape up to be one of the races of the week, but we're sticking with Willie Mullins and NICHOLS CANYON.

Another big stamina test on Day 3 where all the big yards are represented. KATE APPLEBY SHOES (8/1) is Mullins' best hope, WOODS WELL (16/1) could bounce back for Gordon Elliott, while Jessica Harrington has a live hope with OSCAR SAM (8/1). All of them are pretty high in the weights and a couple that interest me from closer to the bottom are OKOTOKS (12/1) and RATHPATRICK (12/1). OKOTOKS is being sent significantly up in trip after a good fourth behind THAT'S A WRAP at Leopardstown over Christmas, and both the winner and the runner-up in that race have run well in multiple races since. OKOTOKS is relatively lightly raced and perhaps this test is what he's been crying out for since his last win at Cork in 2015. The booking of Davy Russell is also a positive. The other each-way shout I like is RATHPATRICK. He carries a little bit more weight but comes into this on the back of a win and has beaten OSCAR SAM previously. He will enjoy the longer trip and could very well run into a place.

Willie Mullins has won this race three out of the last four years, and I reckon he has the winner again in the shape of GREAT FIELD (11/10). He has been the rising chasing star this year away from the big festivals, winning three out of three since January. He has made a couple of mistakes in those races, but so far has gotten away with them. He beat HURRICANE BEN, a classy sort in his own right, by a massive 32 lengths recently at Thurles, and had eight lengths to spare over DON'T TOUCH IT before that at Leopardstown. If he avoids some of those mistakes, he'll take some stopping, but his own stablemate, TOWNSHEND (12/1) could spring a bit of a shock if he ends up on the deck. TOWNSHEND came to life in a recent run at Naas, beating TEACHER'S PET by a whopping 19 lengths. He avoided the big festivals and so will be fresh, making him more appealing than some of the others.

On paper this appears to be another match between Elliott and Mullins with BARRA (5/2) and ASTHURIA (11/4) running for those respective trainers. Both ran in the mare's novice hurdle race won by LET'S DANCE at Cheltenham. BARRA was second, while ASTHURIA was back in fifth for Mullins. Both should come out of that race fairly well, but LET'S DANCE misfired at Fairyhouse and maybe that Cheltenham race was a stern test after all. AWAYINTHEWEST (12/1) was just behind ASTHURIA in the same contest, and will meet the same rivals on better terms here. She's carrying four pounds less than both BARRA and ASTHURIA but will also have the added bonus of shedding weight with a seven-pound claimer booked to ride. That means she'll effectively meet these horses on 11 pounds better terms, and with just six lengths to find with BARRA and less than one with ASTHURIA, she should be massively competitive.

Look no further than NEXT DESTINATION (8/11) in this flat contest over two miles. He won a point-to-point in March last year, and followed that with a good win in a National Hunt Flat race over today's distance at Fairyhouse in January this year. He came in for money in the Champion Bumper at Cheltenham, and doing his best work late, finished fourth, just three lengths behind FAYONAGH for Gordon Elliott. He runs in this for top connections and will take serious stopping. The main dangers are CATWALK KING (11/2) who won last time out, and MIDNIGHT STROLL (11/2), who should come on from a good second on debut at Newbury. He's perhaps the most interesting but Willie and Patrick Mullins should collect the prize here with the exciting NEXT DESTINATION.