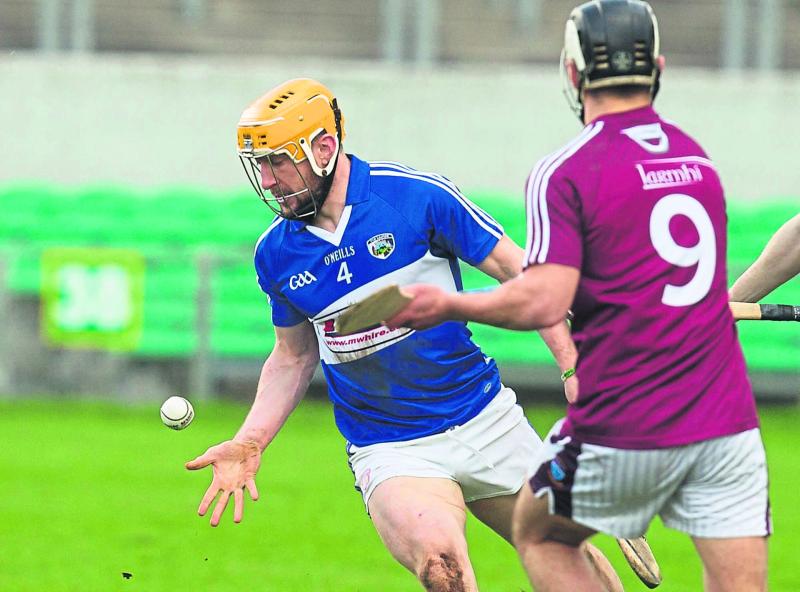 Cahir Healy is out with a hamstring injury.

Laois senior hurlers will be without Cahir Healy and Willie Dunphy for this Sunday's Leinster SHC clash with Kerry in Tralee.

Healy was forced off in the first half of the win over Meath last time out with a hamstring injury, and the Portlaoise man is potentially facing a long spell on the sidelines.

He underwent an MRI scan over the weekend on the injured muscle, and must now wait for the outcome of that before learning how long he will have to sit out for.

Manager Eamonn Kelly must also plan without Willie Dunphy, who has not fully recovered from a concussion suffered in the same game.

Dunphy, who has been one of Laois' most consistent performers this year, accidentally clashed heads with team mate Aaron Dunphy in the second half of the meath game, and is still suffering from the after-effects of the that, and so will not be risked this Sunday.

There was better news on the injury front for Laois, as both Ryan Mullaney and John Lennon have returned to training, although both are unlikely to be fit enough to play any part this Sunday. Paudge Lalor is also back to full fitness, having been named as a sub against Meath.

This Sunday promises to be a real tough test for Laois, at a venue they don't have a good recent record in. “If Kerry don't win they are out” said Laois manager Eamonn Kelly. “They were caught by Meath the first day, so this is a must-win game for them.

“It is going to be a very, very tough test for us, but we want win the game and go into the Leinster championship with an unbeaten record. We've had bad results against Kerry in the past, so we're under no illusions about the challenge facing us this weekend.”

Throw in on Sunday is at 3pm in Tralee.