THE PUNTER'S EYE: Three horses to follow at Kilbeggan on Friday evening 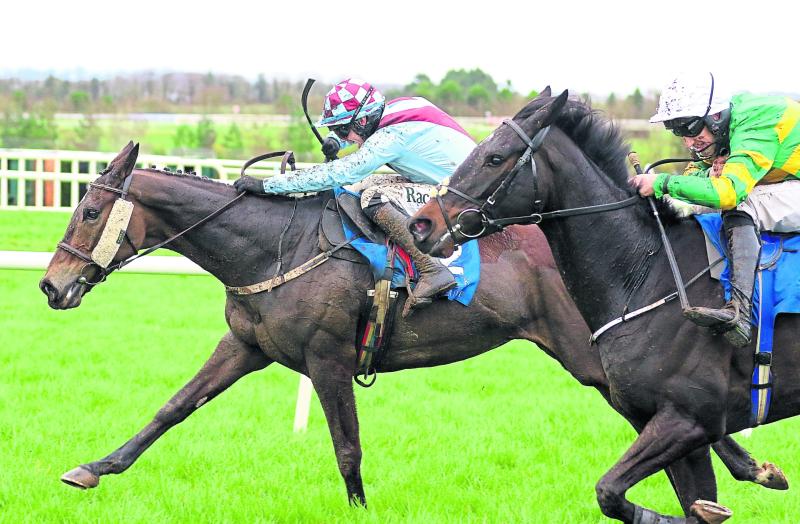 GREAT KHAN (4/1) is a solid option here having run well to be second at the same track on April 21. The Edward O'Grady trained six-year-old already had good form in the book before that effort. Disregarding a disappointing run in December when he was more than 40 lengths behind MINELLA FAIR at Limerick, his previous run was a cracker. On December 3, also at Limerick, he was nine lengths behind Willie Mullins' KEMBOY. O'Grady's charge carryied 11st 12lbs that day compared to KEMBOY's 11st 9lbs. That was on good to yielding ground, and the going at Kilbeggan on Friday is slated as being good and should pose no problems. KEMBOY went on from that to be six-lengths second to the promising Willie Mullins mare LET'S DANCE in January, and followed that again with a fifth at the Cheltenham festival behind WILLOUGHBY COURT in the Neptune. INVESTMENTSUCCESS (9/2) is also prominent in the betting but has been sorely disappointing of late and looks vulnerable from the top of the weights. SHARPS CHOICE (5/1) represents a real danger for champion trainer Willie Mullins.

Henry De Bromhead won this race in 2016 with HERON HEIGHTS and he saddles BURNDOWN (10/1) this term. He is fitted with first time cheekpieces and it's hoped that will sharpen him up following a disappointing sixth last time out at Thurles. Before that, however, he beat CALL THE TAXIE at Wexford in October. He has been off the track since November, which is a slight negative and so others are preferred, namely FLAVIANA (3/1). Jessica Harrington can do no wrong on both the National Hunt and Flat scenes, and this seven-year-old mare has been improving nicely. Her latest run at Fairyhouse in April looks particularly strong as she was just half a length down to POTTERS POINT, and had the likes of O'CEALLAIGH and DEFENITE EARL in behind. POTTERS POINT went on from that run to finish just over four lengths behind the impressive DON'T TOUCH IT at Punchestown. That represents good form and FLAVIANA should improve again. The main danger appears to be BLACK ZAMBEZI, but he carries seven pounds more than the selection and was a distance behind her in a recent clash involving the pair at Fairyhouse.

The aptly named RIVIERA SUN (4/1) loves these warm dry conditions and should lap up the good ground at Kilbeggan. He hasn't won since a success on heavy going at Sligo last September, but with Mark Walsh aboard, and coming off a four-month break, Henry De Bromhead's runner should be primed. His most eye-catching piece of recent form came in a race at Cork in January when he was second, just a short head behind WESTERNER POINT. That rival came out of the race well and has won three out of his four starts since. That has franked RIVIERA SUN'S form and he can be forgiven for a poor run in late January that was quite simply too bad to be true. He has only won once over the larger obstacles but his hurdles form is decent, and he can translate that now on favourable ground. Tony Martin's DALLAS COWBOY represents a serious threat but TURN OVER SIVOLA is feared most, despite some lacklustre recent form for Gordon Elliott.