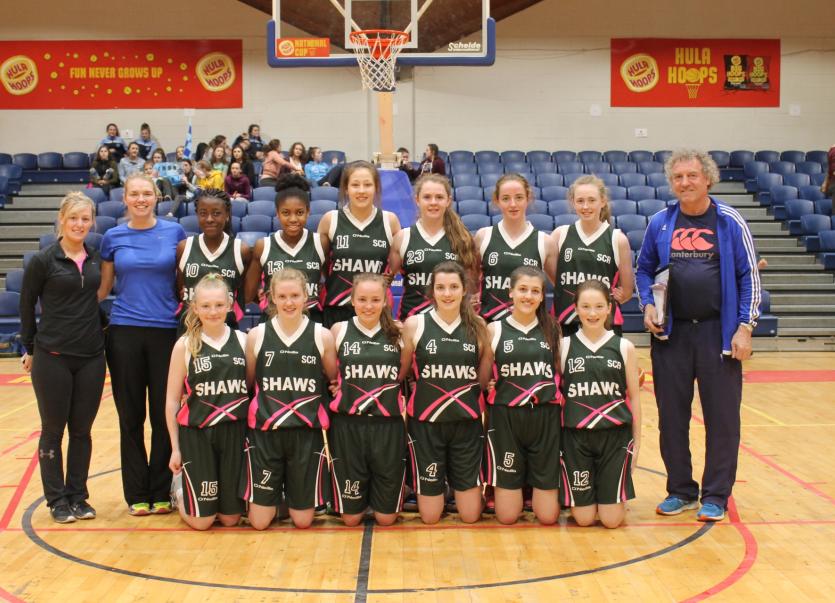 The SCR U-15 Cup winning team.

Scoil Chríost Rí basketball was given another major boost this week, after the school picked up three awards at the Basketball Ireland Annual Awards.

The 2017 winners were announced by Basketball Ireland this week, with the school winning the 'Girls A School of the Year', while Shauna Dooley won U-16 Player of the Year, and Pat Critchley won 'Girls Schools Coach of the Year' as well.

The school have enjoyed a hugely successful season on the court, winning the U-15 'A' Cup final just last week.

There was also an award for local Portlaoise Panthers basketballer Jack Dooley, who has been named 'Young Referee of the Year'. Jack, who is the older brother of Shauna Dooley, plays with the mens senior team in Portlaoise, but has also been making a name for himself as a referee, and has now been recognised by Basketball Ireland for his performances with the whistle.

The awards will be presented in a special ceremony at the National Basketball Arena on June 10.