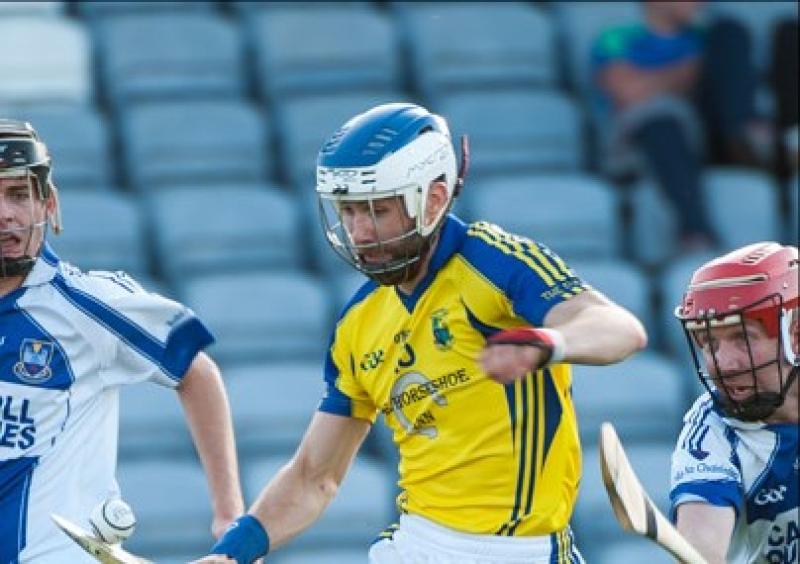 Abbeyleix were triumphant over county champions Borris-Kilcotton on Sunday morning when they ran out seven point winners in Borris-in Ossory.

The wind played a big factor in this game and Borris-Kilcotton played with the help of the wind in the first half. Stephen Dunphy got Borris-Kilcotton off the mark when he converted two frees and followed this up a few minutes later when he put over an excellent score out near the sideline.

Abbeyleix opened their account after 12 minutes when centre forward Eoin Reilly finished a shot low into the corner of the Borris-Kilcotton net from 30 yards out.

Borris-Kilcotton did not take too long to respond as Conor Kilbane, Stephen Dunphy and Emmet Jones all added points for the home side. Abbeyleix sharpshooter Eoin Reilly added three further frees to his side's tally before the break, but it was Borris-Kilcotton who went in leading at half time - 0-9 to 1-4.

With the aid of the wind in the second half Abbeyleix began to control the game and were rewarded a penalty after 35 minutes when Jake Cranny was fouled in the area.

Eoin Reilly stepped up to take it and he finished the ball low past Eoin Fleming in the Borris-Kilcotton goal.

Three further Reilly frees and a point from Eoin Fennelly meant that Abbeyleix took a five point lead after 40 minutes on a score line of 2-9 to 0-10. Abbeyleix were also denied a third goal when Eoin Fleming came out to clear his lines, but he injured himself in the process and had to be carried off the field.

Eoin Reilly finished with an impressive 2-12 to his name as Abbeyleix ran out deserving winners on a score line of 2-13 to 0-12.